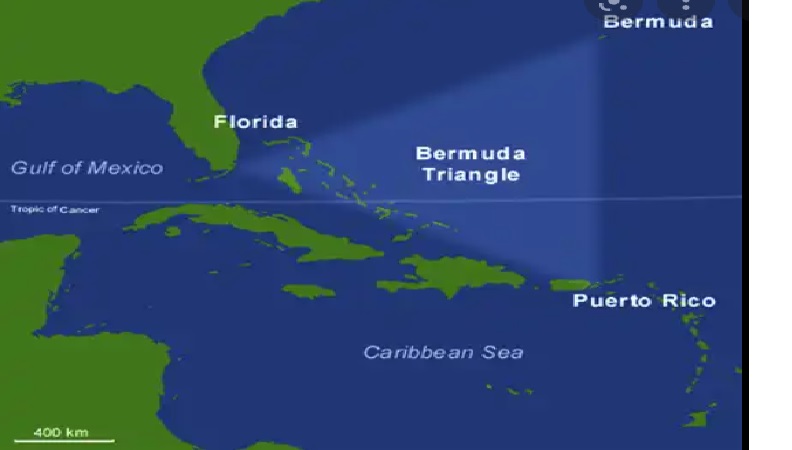 The scientist says that the supernatural power that is said about the Bermuda Triangle is not true.

Karl Kruzelnicki has theorized that there is no mystery behind it.

It is said that the objects passing by it disappear

The planes and ships that disappear without a trace have nothing to do with aliens or the lost city of Atlantis.

Karl Kruzelnicki is an Australian scientist. According to Mirror UK, they believe that the reason for the disappearance of a large number of planes and ships from the Bermuda Triangle is nothing but human fault and bad weather. He said that this area is close to the equator and close to America, the world’s richest country. There is a lot of traffic in this area. According to Lloyd’s of London and the US Coastguard, the number of disappearing objects in the Bermuda Triangle is equal to the number of objects missing in the rest of the world in percentage terms.

An Australian scientist claims to have solved this mystery

Kruzelnicki, a fellow at the University of Sydney, says that speculation about the Bermuda Triangle after the flight disappeared could be a few simple things about its disappearance. It was a flight of 5 US Navy TBM Avenger torpedo bombers. On 5 December 1945, the flight took off from Fort Lauderdale, Florida, on a two-hour training mission over the Atlantic. All five planes disappeared after losing radio contact with their base. There was no trace of him or his 14 crew members. Another plane was sent to search for these planes, but that too did not return.

He explains the reason behind this to those 15-meter waves, which have a lot of impacts. Kruzelnicki said the only truly experienced pilot on that flight was Lieutenant Charles Taylor. This accident may have happened because of his mistake. The radio transcript also shows that the pilot was not aware of his position. According to the scientist, Lieutenant Taylor thought he had a compass fault and was over the Florida Keys, but analysis by ground staff showed he was to the southeast near an island in the Bahamas. Kruzelnicki said that Lieutenant Taylor did not listen to his junior pilot and insisted on flying east. He inadvertently went to a region of deep water in the Atlantic where it is difficult to find sunken aircraft or other objects.

Fatal To The Flesh: What Is It and How to Use the Site To Vent Frustration