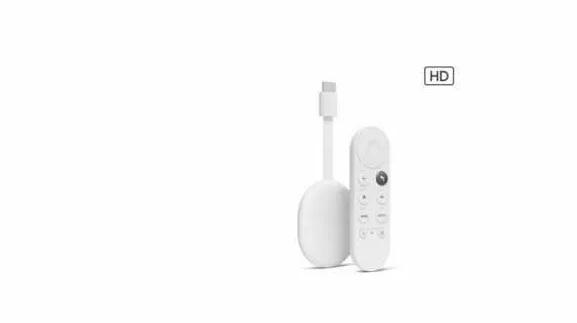 The new one offers 1080p video streaming support and costs only Rs 4,199. This is the introductory price and will be there for a limited time, later, the device will cost Rs 4,499. Despite the lower cost, Google offers a remote, meaning you don’t have to use your smartphone all the time. There’s HDR support, multiple streaming apps, and more.

It features an HDMI connector and supports full-HD (1080p) streaming with HDR. The voice remote that comes with this new Chromecast can be used to access the Google Assistant. Through this virtual assistant, users can access various streaming apps and even control other connected smart home devices. There are also dedicated buttons for YouTube and Netflix.

The device supports multiple streaming services such as Netflix, Amazon Prime Video, Disney+, Youtube, Apple TV+, and others. It also has Google Play Store support, which means you can download apps and games directly from the PlayStore.

It has 8GB of storage capacity and has support for Google Assistant. With Google Assistant, you can ask for movie recommendations from any of the aforesaid platforms. The Google TV interface allows users to set up their profiles for personalized recommendations on streaming content. Furthermore, parents can set up a secure place for their kids to only have access to family-friendly content.

It also works with Nest speakers offering multi-room playback. This means you can play music from several Nest speakers at your home. Screen mirroring is also possible with Android and iOS apps. It supports Dolby Digital and Dolby Atmos for audio.

Pricing of Chromecast with Google TV

Also read: UPI Lite allows you to pay without PIN; Know how to use, transaction limit, other features