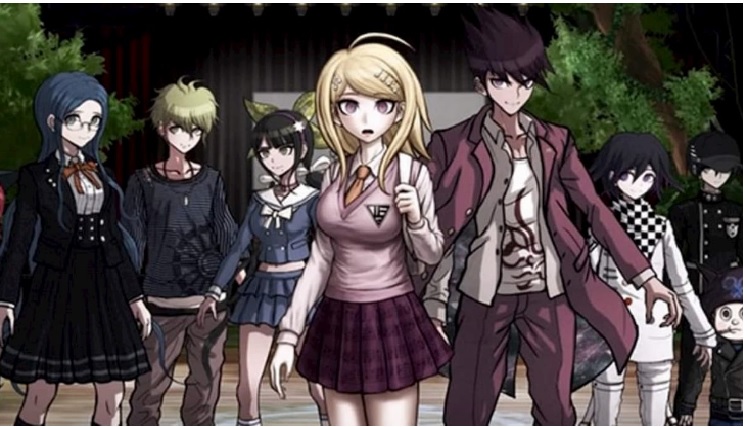 Hey Players! Are you a Diehard fan of the Danganronpa Series? If you nodded your head in a Yes, then this post is for you. The popularity of Danganronpa characters proves to be nearly unstoppable due to their quirky characters.

The Series consists of a total of three titles. Being a great fan you must want to know about the characters of the game. So, get ready to meet your favorite Characters from Danganronpa Universe.

Talking about the gameplay, the story revolves around Japan High School students. The game begins with cute school life and at last, it turns into an action mystery story. Sounds like watching a horror movie. Yes! the story of the game spins with lots of twists and turns.

On March 14, 2017,  The game was ported to the PlayStation 4 alongside Danganronpa 2: Goodbye Despair. As part of the Danganronpa 10th Anniversary celebration on May 12, 2020, this game ports to Android and iOS devices.

Daily Life depicts the School life of the students while Deadly life begins after the murder. Each player gets involved in finding the real culprit. The game offers Influence to the players. If the player loses all its influence, the game ends. The game also gives rewards in the form of Monocoins on the based performance of the players.

So overall it is an interesting game that keeps you engage from the beginning to the end of the game.  The whole gaming series makes you feel that you are watching an action thriller movie. You will find a lot of content while gaming.

Danganronpa 2: Goodbye Despair as the name suggests, is the second installment in the series. This game was first released in July 2012 on PlayStation Portable.

The second killing game begins with an even more quirky cast of characters that wins the fan’s heart. In the same way, the story consists of two parts. The Players enjoyed regular school life and progressed in their academics. Suddenly, a murder took place and the story turns into deadly life. On finding the hidden Monokuma figures, it will reward the players with Monocoins(in-game currency). Goodbye Despair also offers several mini-games. It’s like the cherry on the cake!!

The game is the third numbered Danganronpa video game. Written by Kazutaka Kodaka and Takayuki Sugawara. The game was released in Japan in January 2017 for PlayStation 4 and PlayStation Vita, and in North America and Europe by NIS America in September 2017

As in the previous titles, the story will be split into two parts. At the beginning of school life, players interact with their classmates( other players).

They live a normal school life until a murder took place. After the murder, the storyline changes completely. All the players get involved in investing in the culprit of the murder.

It is a time-based game, once the time gets over, the game will end automatically. Finding the clue about the culprit lets the players to earn Monocoins as well as experience points.

Besides this, contains a great collection of mini-games. Mind Mine is a puzzle game requiring players to remove colored blocks in order to reveal an illustration.

We can say that Danganronpa V3: Killing Harmony is the enhanced version of the original one in terms of controls, graphics, and gameplay. Now, developers are planning to bring out the mobile version for the same.

Well, this is a complete list of all the characters from the Danganronpa Universe.  I hope you will find the post most interesting. Keep sharing it with your family and friends.

Also read: Imginn: Everything You Need to Know About Instagram Viewer & Downloader