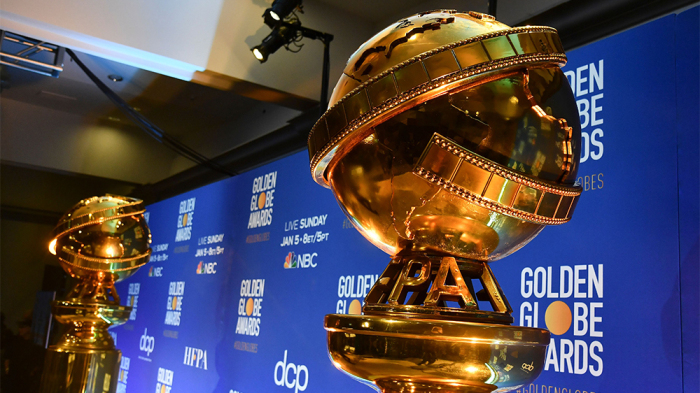 The Hollywood International Press Affiliation is implementing adjustments to its movie eligibility guidelines for the 2021 Golden Globes because of the coronavirus pandemic.

Since movie theaters and screening rooms are indefinitely closed due to the global health crisis, the organization temporarily suspended the rule that a film had to be screened for HFPA members at a third party facility in the greater Los Angeles area.

The new guidelines state that distributors must contact the HFPA to arrange a screening date on the official HFPA calendar that meets the timing requirements of the Golden Globes eligibility rules. Distributors must provide all HFPA members with a screening link or a DVD copy of the film so that members may view it at home. It will be in effect from March 15 through April 30, 2020.

Rules for a film’s release have also been altered. Instead of only considering a movie that was released in theaters or made available on pay-per-view cable or pay-per-view digital delivery (not subscription cable or digital delivery) in the greater Los Angeles area for a minimum seven days beginning before Dec. 31, the HFPA will now consider titles that had a theatrical release planned to begin in Los Angeles between March 15 and April 30.

“The HFPA will continue to assess the impact of the COVID-19 epidemic on motion picture and television distribution and exhibition and may extend these suspensions of the Golden Globe award rules and/or may make other temporary variations to those rules as it considers appropriate in the future,” the organization said in a statement.

Tina Fey and Amy Poehler are set to return as hosts of the 2021 Globes.

The Academy of Motion Picture Arts and Sciences has not announced any eligibility rule changes for the Oscars. The voting body behind the Academy Awards announced last week that it was “in the process of evaluating all aspects of this uncertain landscape and what changes may need to be made.”

“We are committed to being nimble and forward-thinking as we discuss what is best for the future of the industry and will make further announcements in the coming days,” the organization said.

The current Academy rule states that a film must have a minimum seven-day theatrical release in a Los Angeles County commercial theater for Oscar consideration. A film premiering on digital and in a theater at the same time is still eligible, but not if it’s a digital-only premiere.