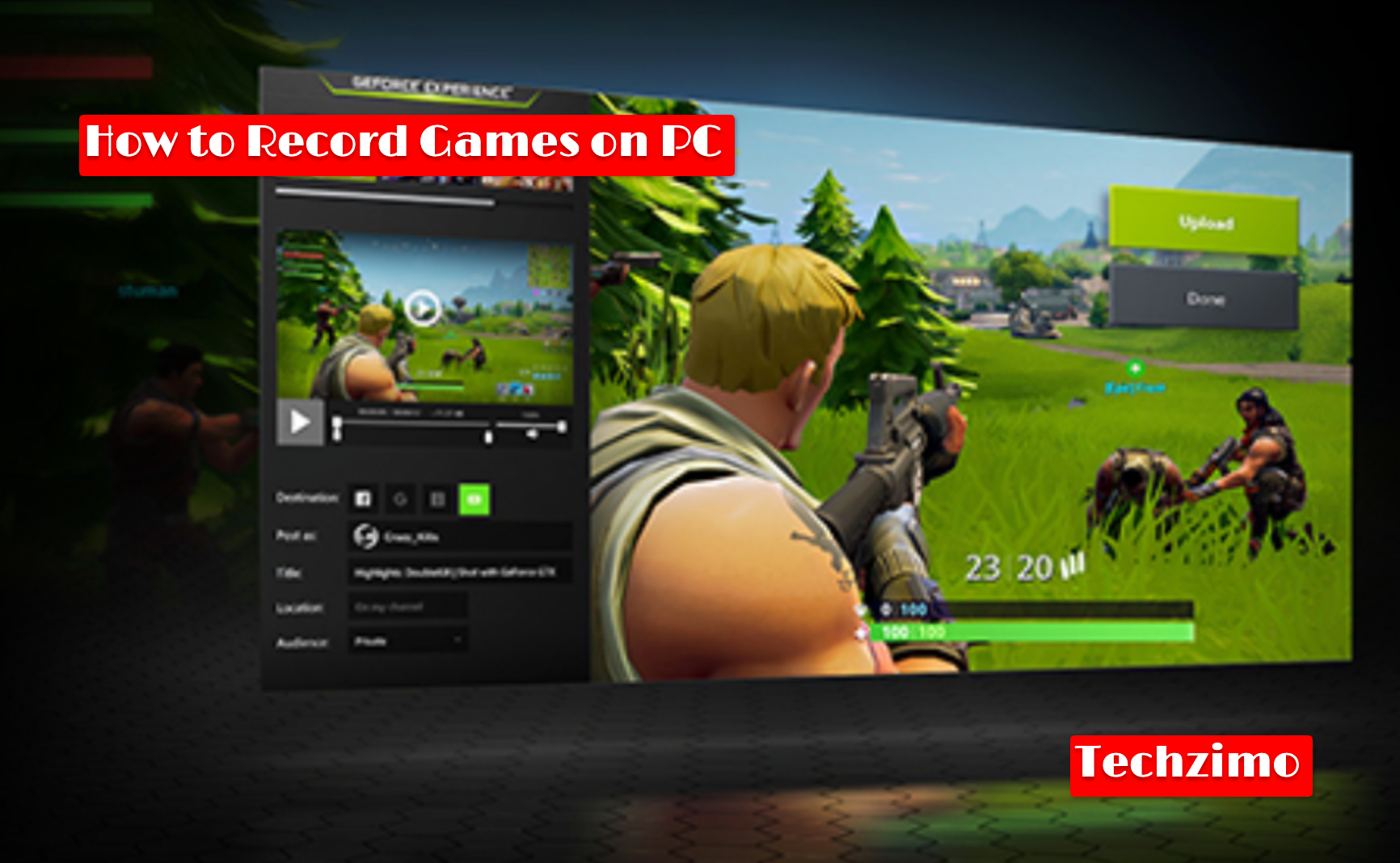 Despite the trend and hype of the console, playing games on PC is still very familiar. Even many pro gamers spend a lot of time on PC developing their gaming skills, and once they master a couple of games, they feel excited to share the skills with other gamers or their fans.

For this purpose, gaming enthusiasts use a screen recorder, a reliable and accessible way to record their gameplay on various sites like YouTube, Twitch, or TikTok.

However, there is one thing to notice, gaming overall is a demanding task, and when you utilize the screen recorder, the PC screen significantly becomes slow and affects the smoothness of the game. Therefore, you should use a screen recorder specially designed to record gameplay.

This article has shed light on Tuneskit, which stands out in the list of top-notch game recording software.

Let’s explore it in detail!

Tuneskit Screen Recorder is an incredible recording software for gaming due to its powerful features, unparalleled specifications, and flexible options to perform your critical recording seamlessly.

The features of this handy and straightforward software make it trouble-free for both beginners and tech-savvy users.

Let’s dig out some of its features in detail to understand why it is considered a top option for gamers.

Tuneskit not only captures footage but also allows you to edit them in various formats without ruining the original quality.

You can save your audio and video in MOV, MP4, WMV, M4V, etc.; later, it also helps you to play recorded videos on smart TVs, Xbox, iPhones, Android phones, PS4, etc.

Moreover, you can also save your recording on your device by following simple steps.

Tuneskit Screen Recorder is a powerful tool that can capture anything on the Mac screen and Windows, such as live broadcasts, computer games, video calls, online videos, video lectures, how-tos, webinars, video conferences, and many other programs like a pro.

Allows To Extracts Audio From Video

Besides video, this independent audio recorder catches users’ desired audio from the microphone and system sound. Along with the sound, it also captures sound effects, streaming music, background music, and appearing sound via a media player, browser, and other applications.

This smart app lets you extract video from the computer and keeps the audio quality intact. Talking straight, it is a professional video-capturing application that records screens in an excellent resolution of up to 60 fps.

Tuneskit Screen Recorder offers gamers three modes that help them capture audio, record video, or go with both options at once. In addition, this app also facilitates you in cutting and editing the recorded video.

Here comes another stunning feature that allows you to schedule your recording even when you are away from the computer.

Let’s explore the ways how to record games on PC by using the Tuneskit Screen Recorder.

Steps To Record Gameplay On Pc With Tuneskit Game Recorder

Below are six steps on how to record games on PC;

If you are wondering how to record games on PC, first, you need to download Tuneskit Screen Recorder on your PC. Once it is downloaded, launch it to continue the gameyourplay recording process. The default mode of the app is a screen recording, so you can pick the option you want to enable – whether it is microphone audio or system audio. Then go to the settings panel and tap on the options button. From multiple provided options, you can pick the output format, short keys, out folder, and other necessary options required for recording gameplay. After selecting your desired options, hit the Select Area option according to your choice.

Gamers often go for full-screen recording, but you can create it according to your choice once the gaming area is selected, hit on the REC option to begin the recording.

While recording your games on a PC screen, you can use different editing features of Tuneskit, such as you can cut unnecessary parts, pausing the video midway, or stopping the recording anytime.

After finishing your game recording, tap the Stop button, and find the recorded gameplay in the History list. You can preview the recording by double-tapping the video. Click on the edit button (at the rear of gameplay) to trim or cut the gameplay video.

Step 6: Save And Export The Gameplay Video The gameplay recording you finalized is still in the History list; click on the search button and find the output folder.

So, now your gameplay video is ready to share on different platforms, save it in your desired format, and export it wherever you want. Since Tuneskit offers high-quality recorded videos, your fans will enjoy the real quality that will increase the likes of your channel.

Pros And Cons Of Tuneskit Software

Recording the games on PC is a crucial need, particularly if you are running a gaming channel, but it becomes a joy with the right software. You can share the recorded video on different platforms to celebrate your gaming success with your friends and fans or to teach them about a critical gaming level.

However, many gamers wonder how to record yourself playing video games or which software is the best for this purpose. We have found Tuneskit Screen Recorder at the top, so you can read this article to unveil the steps of recording games on a PC.