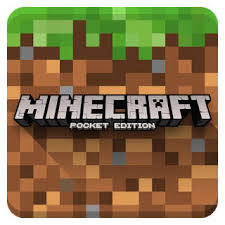 Mojang Studios, the Microsoft-own developer behind the wildly popular procedurally generated sandbox game “Minecraft,” announced Wednesday that NFTs and other blockchain products would not be supported by the studio or allowed in the game. “NFTs are not inclusive of all our community and create a scenario of the haves and the have-nots,” Minecraft developer Mojang wrote on its website.

“The speculative pricing and investment mentality around NFTs takes the focus away from playing the game and encourages profiteering, which we think is inconsistent with the long-term joy and success of our players.” In the last 24 hours, the price floor of NFT Worlds has dropped about 66%.

In an increasingly volatile crypto market, some non-crypto-native gaming companies have taken steps back from their web3 investments. Ubisoft launched a blockchain-based game last year called Quartz, which has performed pretty badly so far. Plus, the catastrophic, $625 million Axie Infinity hack remains front of mind.

What are NFTs, And Why’s Mojang Against It?

As a form of blockchain technology, an NFT or non-fungible token is basically a unique receipt tie to the blockchain for any digital asset — such as a video, an illustration, a character model in a video game or anything else you can access on a computer — that verifies the holder as the one true owner of the asset. For example, if a “Minecraft” player had the NFT for a pickax that looks like a lightsaber, that player can claim to be the legal owner of the original lightsaber pickax.

The NFT Worlds developer said that the first course of action will be to get in touch with Minecraft to understand the reasoning behind their decision, and how they will enforce these policies against their existing platform. If Minecraft won’t budge, they will investigate other options. As explained briefly in the Discord announcement, one option would be for NFT Worlds to run on a game-engine similar to Minecraft. The second option would be to pivot to a “platform as a service” model for other developers to iterate on their existing tech.

In its 20th July 2022 blog post, Mojang states, “To ensure Minecraft players have a safe and inclusive experience, blockchain technologies are not permit to integrate inside our client and server applications.” For now, Mojang has no plans for integrating NFTs or blockchain technology into Minecraft, but it will keep a close eye on any changes which may change its opinion and stance.

Forza Horizon 5: Hot Wheels: How to play the game and what’s new in this update? learn everything

Related Topics:And Why’s Mojang Against It?Minecraft says no to Blockchain tech and NFTsWhat are NFTs