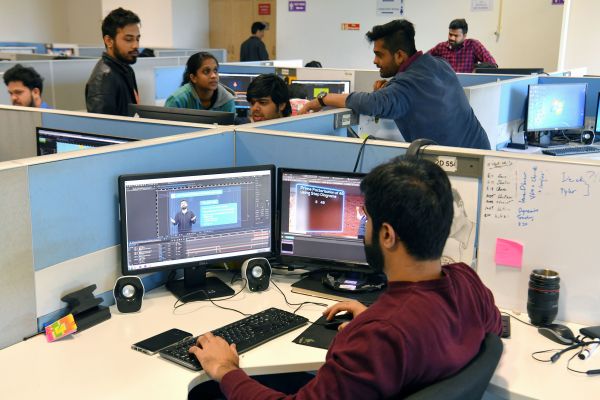 Microsoft Teams is widely used worldwide for meetings in organizations and firms. The app offers plenty of features to make you look presentable in a meeting. Some of these features could be too fancy such as improving room acoustics, which arrived recently, and adding background effects, which is there for some time now. However, in India, even small businesses use Microsoft Teams and they may not be much concerned about these features.

All they could want is to get the message conveyed to all employees. And presumably, for this reason, Microsoft has now introduced an interesting feature to the Teams web app that could help employees to get a better track of what’s been conveyed in meeting that too in the local language. Microsoft Teams web is now getting Hindi live captions and transcripts, which means, whatever that’s being said is also coming in the text format in Hindi. It will be shown on the right side of the meeting for all employees to take notes.

Microsoft Teams for Android, iOS Gets Updated With Live Captions

“This provides flexibility and additional clarity for your participants to engage in meetings. Small businesses in India need the right technology tools to adapt to customers’ needs and scale operations,” the company said in a statement. Live transcription allows users to follow and review conversations alongside the meeting video or audio in real time. The company said that custom backgrounds are now available for web users where users can blur background or select from Microsoft-provided backgrounds during the video meeting.

Microsoft Teams has also enabled music that PSTN callers will hear while they’re put on hold. Additionally, iOS users have received the ability to get a link to channels that can be shared with other users. Users on iOS can also long press the app icon to access the shortcut for making an instant call. Moreover, there are various bug fixes and performance improvements for both Android and iOS users.

The updated app is available for download through Google Play and Apple App Store. The app requires at least Android 4.4 or iOS 10. Microsoft-focussed blog OnMSFT.com initially reported the release of the latest update.

Amazon Alexa Voice Could Sound Like Your Deceased Relative: How It Works

OnePlus 10RT revealed ahead of launch, 50MP camera and these specifications leaked