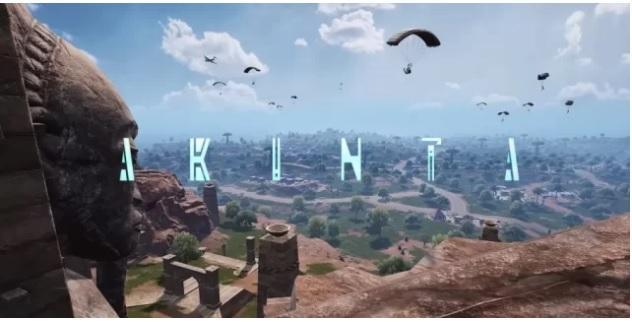 Krafton Inc. has announced the September Update for New State Mobile. The update is live on Android and iOS. With the new update, the newest 4×4 km map, AKINTA, is officially live for players. Along with AKINTA, which is based in a futuristic African setting, the September Update brings a new collaboration with McLaren Automotive, an extension period to NEW STATE Labs, a new weapon, and more.

Akinta is designed as a 4x4km map and set in a near-future, folksy African landscape. Up to 64 players can drop into Akinta and engage in an action-packed battle royale round that will last up to 15 minutes per match. Players can also take advantage of the maglev tram, a new travel mechanic that will go through the center of the map.

The British supercar manufacturer is arriving in New State Mobile with a slew of cosmetic items for players to obtain including an outfit, helmet, backpack, gloves, hat, sneakers, mask, and patch. Additionally, survivors can participate in an event where players can obtain the McLaren 720S vehicle skin if they complete the mission objective. The vehicle’s skin colors include Volcano Yellow, Paris Blue, Royal Purple, Fever Pink, and Black and White.

The NEW STATE Labs period has been extended for players to continue experimenting with the Akinta: Bounty Royale mode. With the September Update, NEW STATE Labs is open for all players to experience without needing an invitation to participate.

v0.9.39 will introduce a new gun called the AK Alfa. It is an assault rifle, that features the highest damage per shot compared to the other rifles in New State. The Alfa uses 7.62mm ammo and can be modded with a muzzle, scope, grip, and magazine.

Other weapon changes include a Long Barrel for the Kar98, a reduction in long-range damage for customized SMGs, and a greater muzzle velocity for the S1897. The Grenade Launcher and a few other items like the Poison Grenade received some rebalancing as well.

PUBG New State is partnering with McLaren once again, bringing the gorgeous 7205Spider to the game. Players will be able to earn numerous rewards by clearing McLaren missions. This is a ride no one wants to miss out on.

With this update, players will be able to access volume 11 of the Survivor Pass hat features Vanessa from the Mayhem Faction. Completing all the required story missions will ultimately unlock her outfit and appearance.

Also read: Get Apple’s Dynamic Island on your Android phone with this App