Stage names are often used whenever a performer’s real name sounds too ethnic or hard to pronounce. It could also be to avoid discrimination and/or Confusion associate with the name. In the Golden Age of Hollywood, a lot of great actresses were forced to discard their birth names since it sounds too ethnic.

It has to do with celebrities living in their own little world of ego and also with the value of press. Many celebs are celebs because they are walking egos, attention craving, self-obsessed individuals. They will name their children whatever they want because it is not about the child who has to live with a stupid name for life it is about satisfying the whim of the celeb and getting more attention.

There are a surprising number of celebrities who have legally changed their child’s name after birth. Naming a baby is quite a serious task, as the name will stay with them for the rest of their lives or most of the time. But in some cases, celebrities have decided the name they chose for their newborn didn’t match the child as he or she aged, and decided to switch up.

Here are the famous Celebrities who changed their child’s name

Amy welcomed her first child with husband Chris Fisher on May 5 2019 and named him Gene Attell Fisher, the middle name chosen in honor of her close friend and fellow comic Dave Attell.

The comedic actress revealed on the latest episode of her podcast that she and her husband officially changed her toddler’s name after realizing that it sounded like “genital.”

See also  5G deployment in 25 cities by end of 2022, prices will be lower than global average: Govt

“It’s now Gene David Fischer,” she said of her 11-month-old son. “It was Gene Attell Fischer but we realized that we, by accident, named our son ‘genital.’” 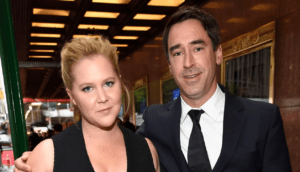 Kylie Jenner and Travis Scott still aren’t ready to reveal their son’s name, but they’re getting closer. After welcoming their second child on Feb. 2, Jenner was quick to clarify her plans to change her baby boy’s original name: Wolf Jacques Webster. “His name is still Wolf. His passport’s Wolf, but that isn’t gonna be his name,” she explained during a Sept 8.

Kylie said in a show that they are not yet decided the name but they will change and this time it won’t be a animal name. She said when it came to signing the birth certificate of their son they are forced to make a snap decision of the name, so she felt pressure at that time and choose name wolf. 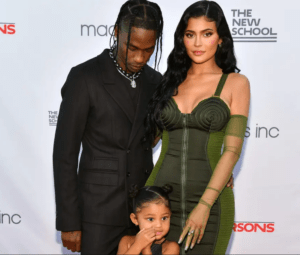 Elon Musk and Grimes have had to change the name of their baby son from “X Æ A-12” to “X Æ A-Xii”. When Musk and Grimes announced the news of their new baby, born May 4, as well as his name “X Æ A-12”, some pointed out that the name on the baby’s official California birth certificate wouldn’t be accepted as valid by the state of California, the location of Musk’s Tesla headquarters.

A California family-law attorney told People magazine that the state doesn’t allow symbols, numbers or Roman numerals on birth certificates. Names must contain characters from the English alphabet. Hyphens are allowed, but the “Æ” might cause the certificate to be rejected and the parents would have to submit it again. The pronunciation presumably remains the same. Musk revealed how to say his son’s name on Joe Rogan’s podcast earlier this month.

See also  Mircari: What Is It & How to Grow Business Online With Mircari? 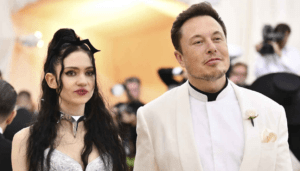 Catelynn Lowell, and Tyler Baltierra  both 27 revealed that they changed their minds about her name at the last minute. The Teen Mom stars told  that they had originally planned to call their third child together Tezlee. Cate explained, “Every time someone would say Tezlee, we would cringe! It just wasn’t sitting with us like it did at first. Tyler told me about the name Vaeda and I fell in love with it! It’s from the movie My Girl, which is a movie that Tyler showed me years ago.” 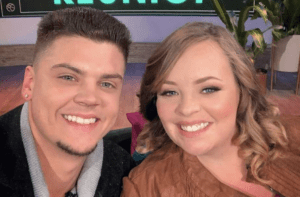 36-year-old beauty made a very big threat to the troubled bad boy of reality TV. The Kardashian Jenners are known for giving their kids unique names, From Chicago to Dream to Stormi, it seems their little ones are sure to stand out in any crowd.Kourtney Kardashian and beau Scott Disick welcomed their second baby, a girl.

Kourtney Kardashian and Scott Disick named their third child, a boy, Reign. Reign is as appropriate for girls as for boys. The female version is often spelled Rain  or Raine or Rayne ,though that makes is more nature and less royal word name. One day  his name was Preston for one whole day,” she added of the name Disick chose. She said that ultimately, she knew his name was Reign, and that won out over Disick’s choice.

The couple were introduced to one another during the first season of Married at First Sight in 2014 and committed themselves to spending the rest of their lives together.Jamie Otis and Doug Hehner have a new name for their baby boy. The couple changed the little one’s name from Hayes to Hendrix.

Jamie told her followers she actually chose the name Hayes before the child was born. “We felt kind of pressured to make a decision on what his name was going to be because I wanted to bond with him,” she said.

So, the couple decided to make the name change official and list “Hendrix” on the birth certificate.

A few months after welcoming her third child, Grey’s Anatomy actress Caterina Scorsone has decided to call the newborn by a different name.

The star announced the birth of “Arwen” back in January, saying at the time that she wished everyone “a happy heart made new by love in every exquisite moment”.

However, Caterina and her husband Rob Giles seem to have had a change of heart, now deciding to adopt the youngster’s original middle name.  the mum-of-three has now confirmed their youngest daughter will now go by what was her middle name – Lucinda, or Lucky for short

From this article we can see that for some new parents, it can take days or even weeks after their baby is born to finally decide on a name. For other, more indecisive parents, their original baby’s name doesn’t sit right and they end up changing it to something totally different. Changing baby names is actually more common than you may think. Fame is a many-sided beast, so while some people crave to keep their famous family’s name, others are more content to let it go.