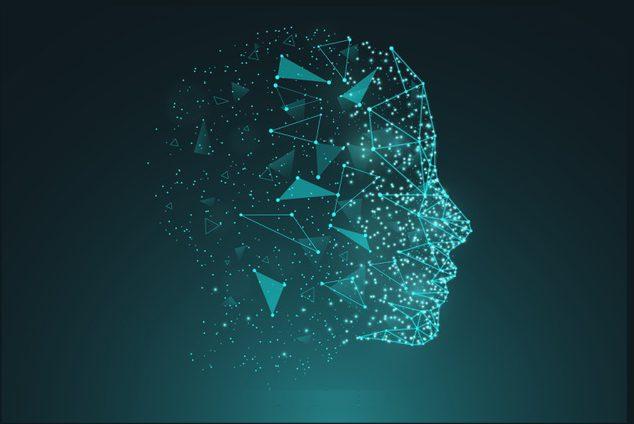 After turning heads with her paintings of icons like Queen Elizabeth II and Sir Paul McCartney, artificial intelligence robot Ai-Da made a historic appearance in the UK’s House of Lords on October 11, where the sophisticated automaton answered questions as part of a wider inquiry into the relationship between technology and creativity in the modern world.

Ai-Da’s parliamentary cameo is a reminder that emerging AI technologies have a more diverse range of positive applications than many people might think. As well as its extensive use in the creative sector (which is often heralded as the defining distinction between human and robot), AI also has much to offer in terms of improving safety, efficiency and the overall user experience in a variety of different industries and areas.

Ai-Da might be commanding much of the headlines surrounding AI art at the moment, but she represents the merest tip of the iceberg when it comes to AI’s contribution to the creative sector. Indeed, the gaming industry has been one of the driving forces and guinea pigs behind the development of the technology, with the first chess algorithms coming out in the 1950s and IBM’s Deep Blue creating quite the storm in 1997 when it beat then-Grandmaster Garry Kasparov. While its role in gaming has only expanded in the intervening years, it has also infiltrated various other creative niches, from music to literature to art.

For example, AI is already capable of producing compositions, lyrics and even accompanying videos, with Google program Magenta releasing new works in the style of deceased artists such as Kurt Cobain and Amy Winehouse. The first experimental novels written by a machine have received mixed reviews, while AI-supported artwork has won prizes ahead of its human-produced counterparts, prompting plaudits and opprobrium in almost equal measure. At the same time, Silicon Valley is raving about the possibilities of generative AI (which creates fresh images and other media from phrasing prompts), with prominent venture capital fund Sequoia Capital claiming it could be responsible for trillions of dollars of economic value in the near future.

From A to B with AI

Beyond the arts and storytelling, AI technologies have also been widely deployed to transform transportation. Artificial intelligence firm Remark Holdings, for example, has partnered with eco-friendly rail operator Brightline to bolster its safety credentials. By using AI-powered cameras, the technology developed by Remark Holdings allows Brightline to detect intruders or obstacles on the track – alleviating a major safety concern for high-speed rail through urban areas such as the Miami-West Palm Beach corridor in which Brightline operates—while Remark’s use of Big Data and machine learning also serve to ease traffic management and contribute to a more fluid user experience for transport users.

It’s not just locomotive travel which can benefit from AI, either. The road transport revolution is fully underway, with autonomous, self-driving vehicles popping up on streets around the world. AI-powered systems such as Motional and Waymo have completed over 100,000 pilot journeys and covered more than 20 million miles, respectively, all without machine-at-fault incidents. Even besides driverless cars, AI can optimize traffic flows to reduce congestion—a 2.5 km section of roadway in Melbourne, Australia, is set to be run by AI in a pilot program masterminded by Vienna-based Kapsch TrafficCom—curb the emissions associated with gridlock by up to 90% and facilitate predictive maintenance to minimize downtime and delays.

Of course, the impact that AI can have on physical health and safety cannot be overstated, but it can also play a lesser known but equally vital role in supporting mental health. It’s perhaps unsurprising that there has been a 13% increase in mental health conditions between 2007 and 2017, given the seemingly ever-expanding role that social media now plays in our lives. Although meant to unite us, social media can often leave us feeling more isolated than ever, while certain insalubrious segments of society use it to propagate vitriol and perpetrate abuse.

For those reasons, having human moderators in place to filter out damaging material and media is essential to the safety of the entire online community. But what about the moderators themselves? Intensive and extensive exposure to such toxic online content can take a severe mental toll on people, which is why delegating the task to a machine to prevent burnout can be such a useful strategy. Already, 98% of YouTube videos flagged for violent extremism were detected by AI, while 90% of problematic Facebook posts were caught by machines. AI can help the vulnerable users themselves, too, identifying content containing suicidal ideation and dispatching mental health resources in the direction of the poster and alerting first responders as and when required.

Ever since mankind has first conceived of artificial intelligence, there have been those quick to resist its development—but while change and innovation will inevitably breed aversion from some quarters, we should not overlook the immense societal advantages that AI can bring. As well as leveraging its immense analytical capabilities to bolster the physical safety and mental health of vulnerable humans from all walks of life, AI could even inject fresh impetus into the world of the arts by turning the very concepts of creativity and inspiration on their head. We should embrace AI’s rapid technological advances and leverage the disruption it provokes to maximize AI’s contribution to our daily lives.