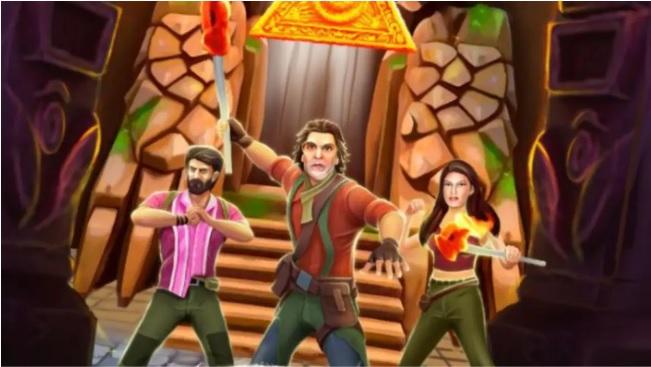 “Ram Setu: The Run, is our attempt at marrying our prowess in game development with a blockbuster IP to bring a polished, entertaining gaming experience that anyone can just pick up and play,” shared Deepak Ail, Co-Founder and CEO of Dot9 Games.

The game is now available on Google Play Store and Apple Store. Fans excited to explore the actor’s journey in the movie can download ‘Ram Setu: The Run’ on their mobile devices and tablets.

The developers said that players can pick avatars of Kumar, Fernandez, and Satyadev’s characters from the movie. Besides avoiding obstacles on the way, players can also enjoy action-packed sequences, taking down enemies, driving jeeps, and avoiding drones amongst other thrilling and fun challenges.

The story of ‘Ram Setu’ revolves around an atheist archaeologist turned believer, Aryan Kulshrestha (Kumar), who must race against time to prove the true existence of the legendary Ram Setu before evil forces destroy the pillar of India’s heritage.

Specifications of Ram Setu: The Run

One has to collect tokens, gems, and power-ups while avoiding various obstacles and challenges. It includes enemy attacks, robotic drones, and wreckage among others, the company said in a statement.

The title will also have leaderboards and different game modes. it includes local multiplayer and split-screen multiplayer on the same device among others, it said.

Also read: WhatsApp users can edit sent messages: Here’s how it will work