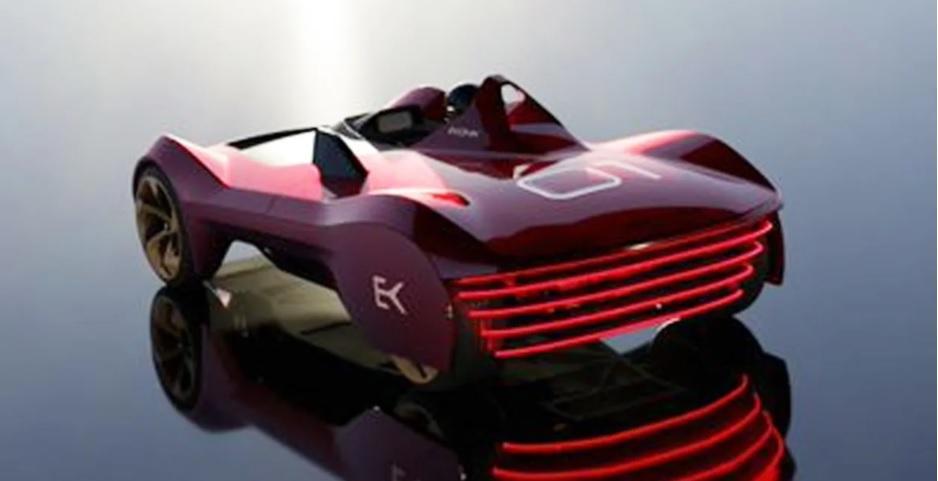 Indian company Vazirani Automotive recently teased its new hypercar concept and on Monday the company has introduced this high-speed electric car to the world. The company claims that not only is it the fastest car in India, but it is also the fastest accelerating car in the world. The name of this car is Ekonk. The Ekonk electric car is a single-seater electric hypercar that can accelerate from 0-100 kmph (kmph) in just 2.54 seconds.

Vazirani Automotive’s Ekonk electric car is a single-seater car that can run at rocket speed. The company recently tested it at the newly built NATRAX facility in Indore, where the car achieved a top speed of 309 kmph. As we mentioned, this electric car can catch the speed of 0-100 km in just 2.54 seconds.

According to Vazirani, the word Ekonk is associated with the ‘beginning of the divine light’ and the company has also considered the technology used in this car as a new beginning.

The Ekonk electric hypercar weighs just 738 kg and the company claims it to be the lightest electric car ever. What’s more, with a power output of 722 HP, the Ekonk has achieved a power-to-weight ratio of around 1:1 which is impressive. It is powered by the company’s new DiCo battery solution, which replaces the age-old complex liquid cooling technology.

See also  Air India, Emirates and others cancel flights to US over 5G rollout concerns

The company will use the data and technical collection from Akonk in the production version of its current Shul prototype. This is the company’s first hypercar prototype, which was shown by the company during the Goodwood Festival in 2018.

The Ekonk is the first single-seater hypercar and can achieve a top speed of 309 kmph. Recently tested at the Naxtrax high-speed facility in Indore, the vehicle runs on DiCo technology which cools down the battery directly with air instead of liquid cooling, and its advanced thermal management system results in 1.7x cooling efficiency of the cells resulting in extremely high performance.