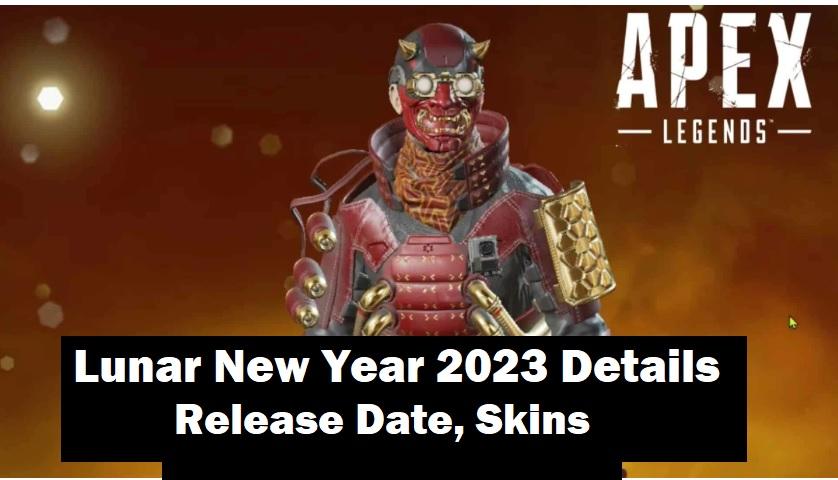 Apex Legends is a wonderful Online Video Game that is extremely popular for bringing special in-game events during festivals Seasons and holidays. It seems that Lunar New Year is going to be the next major Apex Legends Event for the players. The arrival of a new Event in Apex Legends brings new Cosmetic Skins for the players to earn or purchase. After Wintertide Collection Event, players are curious to know about the most Anticipating Apex Legends Lunar New Year release date, and skins.

Season 16 of Apex Legends is going to begin in the mid of February. However, before the end of Season 15, players will be able to experience one more Collection Event. The upcoming Lunar New Year Event will gonna bring Seer’s Fist Sickle Heirloom, new Badges, and a set of fresh Skins for the players to collect.

Apex Legends is a wonderful free-to-play battle Royale game that is developed by Respawn Entertainment and distributed by EA Electronics. Presently, this game is available on multiple platforms such as PS4, PS5, Xbox One, Switch, and Windows. The overwhelming response from the players compels developers to bring the mobile version of the game.

As per the leaks by SomeoneWhoLeaks, Apex Legends Lunar New Year, Event will begin on January 10, 2023. But nothing has arrived at the time of writing. As Lunar New Year is on January 22, possibility that the trailer and patches will be out in the weeks anytime. As soon as the Official release date is out, we will update it here.

The Collection Event releasing the 10th of January is likely themed after the Lunar New Year, more specifically the year of the rabbit.

There's 1 either free / scrapped badge, 3 holosprays, and 4 badges to earn.

Only confirmed skins are epics for watty, newcastle, and the R-99. pic.twitter.com/ecBhMwdjfI

SomeoneWhoLeaks, a trusted Apex Legends data miner, predicted that Lunar New Year Event would run for two weeks. So the players will have plenty of time to collect new skins and badges.

See also  Apex Legends: Respawn Has Plans For Wattson, Wants To Change How She Feels To Play

As per the leaks, Wattson’s new Lunar New Year Skin will be part of the Collection Event. All these skins will feature a light blue color theme.

The next skin is the most popular R-99 skin that features a black, and gold themes with flowers, and fireworks.

The data miner also mentioned that the skin would be arriving in Newcastle, but no image of this cosmetic has been shared yet.

SomeoneWhoLeaks also predicted that there could be Magic Witch Event, but it is quite difficult to swallow as no information about the Lunar New Year event has been out officially.

Leaker KralRindo reveals that players can expect several bundles around Lunar New Year. With the start of February, Respawn is planning to release eight new bundles. These bundles are

Well, that’s everything we pretty much know about Apex Legends Lunar New Year Release Date and Skins. SomeoneWhoLeaks is one of the trusted data miners. So we can expect that Official Announcement will take place at any time. I hope you will find this post really helpful and informative. Keep sharing it with your family and friends.