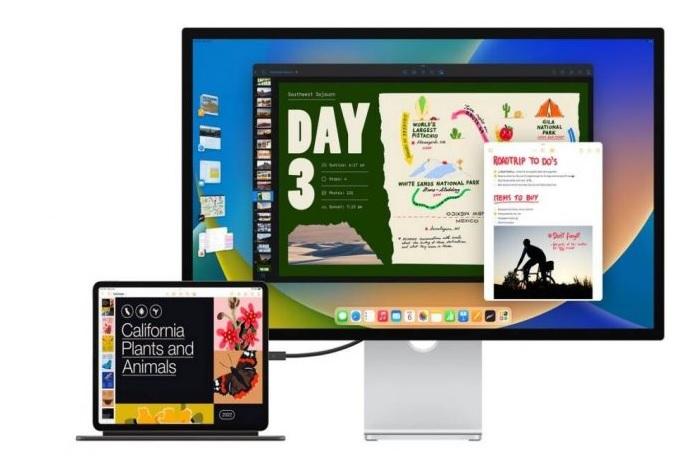 As a Diwali gift, Apple finally rolls out the much anticipated macOS Ventura. The update was first unveiled back in June this year at WWDC 2022 and comes with a host of new features including Stage Manager, Continuity Camera, and Handoff for FaceTime.

Working with multiple apps and files at once sometimes turns out to be quite cumbersome and tedious on macOS, as it leads to dozens of open windows. With macOS Ventura, Apple has introduced a feature called Stage Manager, which can be activated from the Control Center.

Stage Manager essentially places the currently active window in the center of the display and showcases thumbnails of other apps and their windows in a vertical row on the left. Clicking on a thumbnail opens that window and the current window transitions to the thumbnail row.

People do not like the webcam quality of Macbooks. To solve this problem, Apple bundled a new feature with Ventura that allows users to use their iPhone as a webcam. Macs will be able to automatically recognize and use the camera on an iPhone when it is nearby and will use features like Center Stage, Portrait mode, and a new Studio Light effect to enhance the footage.

macOS Ventura brings a new productivity feature to the Safari web browser: Shared Tab Groups. It lets you and your family members (or your workmates or friends) plan things out together. Using the feature, you will be able to build a collective list of bookmarks and use it as a shared landing page. The other participants will even get to see which websites they are currently browsing.