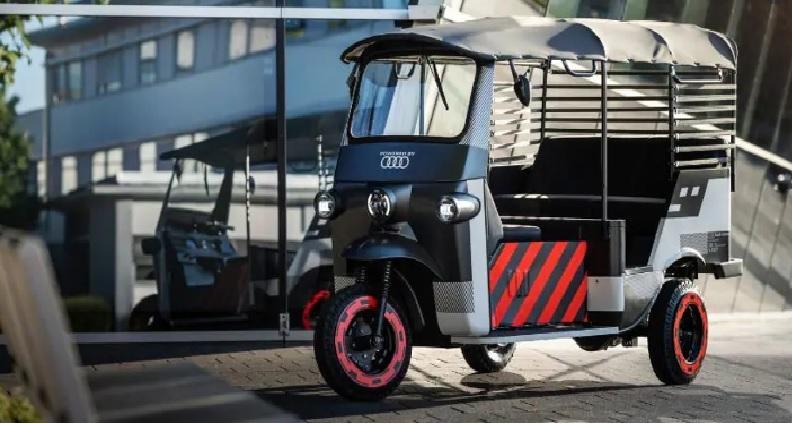 Audi battery in e-rickshaw! Not sure huh? But it is going to happen. Indo-German startup Nunam has deployed the battery used in luxury car maker Audi’s e-Tron car in its e-rickshaw. These e-rickshaws are going to hit Indian roads early next year under a pilot project. The startup says it aims to develop ways to use old batteries as second-life power storage systems. It wants to use resources more efficiently.

It is funded by the Audi Environmental Foundation

The startup has developed three prototypes with the help of a training team at Audi’s Nekarsulam site. The batteries used in the e-rickshaw are sourced from the test vehicles housed in the Audi e-Tron test fleet. There is a plan to make these e-rickshaws available to a not-for-profit organization. It is being told that especially these will be handed over to women. Apart from this e-rickshaw, this startup is also developing an additional show-rickshaw along with its partners.

These e-rickshaws will be launched in the market next year

Prodip Chatterjee, the co-founder of Nunam, said that old batteries are still extremely powerful. If they are used properly, they can have a huge impact. It helps people to earn financial independence. He said that car batteries are designed to make the car last longer. They still have a lot of power even after using them for some time.

According to the startup, e-rickshaws equipped with these batteries will be better for Indian roads, as they neither run very fast nor travel long distances. Not only this, these batteries can also be used for LED lighting. The startup says it wants to do everything possible with the battery before recycling it.

‘Mirzapur 3’ will write a new chapter of Kaleen Bhaiya and Guddu’s rivalry, shooting will start next week