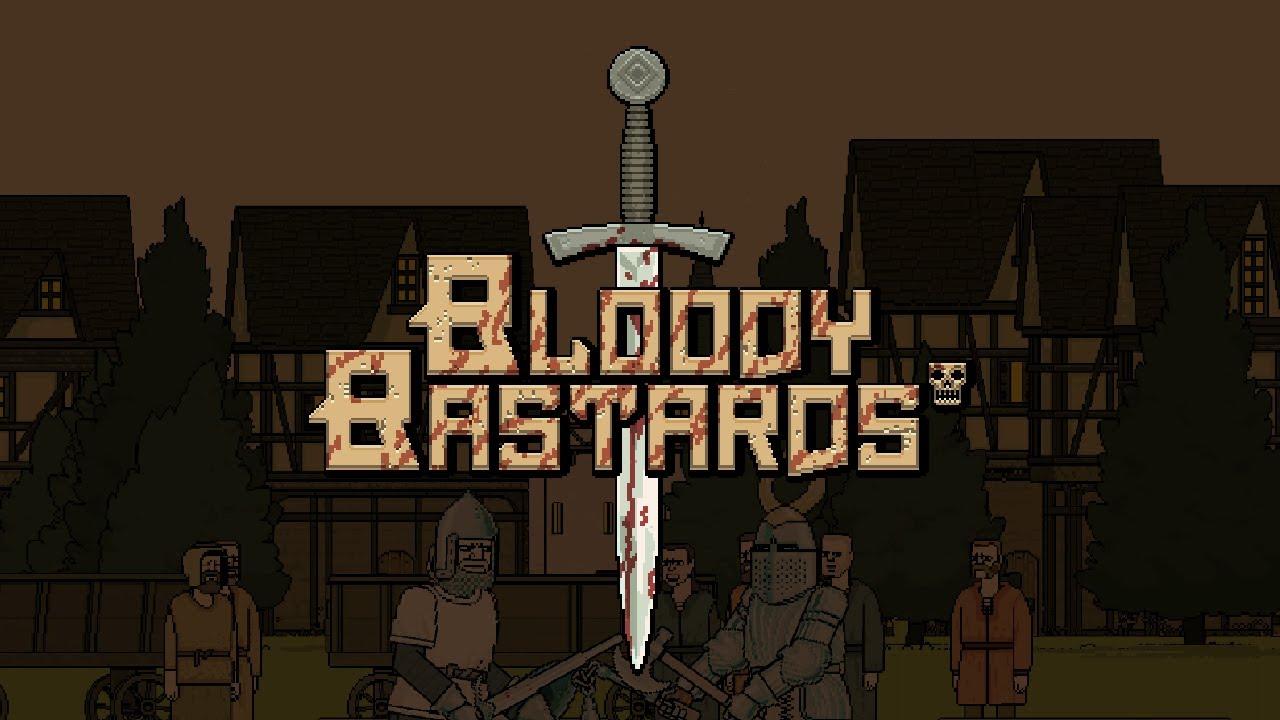 Do you like action-adventure games? If yes, then wait no more and turn to Bloody Bastards and pamper your adrenaline rush. This game is all about fighting and defending yourself from powerful enemies. Since you are in the defending position, you must require the Best Bloody Bastards Weapon to reach your goals.

Are you a beginner and wondering what weapon we are talking about? Fret not, as we are here to assist. Our experts have mapped out the best weapons you can use in the Bloody Bastards game. Some of them are quite more powerful than others; hence, choose accordingly.

Keep scrolling the page and find a complete list here. Remember that your choice can make the whole difference in the game. What are we waiting for? Without further ado, let’s get started.

Before we jump into the list of Best Bloody Bastards Weapon options, let’s understand the game in a bit more detail to have a clear view. Bloody Bastards is a side-scrolling action fighting game with a unique and fantastic combination of pixel art, ragdoll mechanics, and 2D mechanics.

It is a physics-based medieval fighting game where players must fight against their bastard brothers to defeat them. Bloody Bastards is a competitive multiplayer game packed with action sequences and fighting. You can use strategy and the best weapon to defeat your enemy.

The game has an arsenal of extensive weapon options, namely daggers, swords, maces, axes, and hammers. Players can choose according to their choice and preferences. Designed by keeping several physics concepts in mind, this game will offer you an amazing fighting experience like no other. You can easily control your character by tapping and holding the screen and double tap to move.

Are you still wondering whether the game is worth giving your time to or not? Here’s a quick rundown of the key features of Bloody Bastards that make it stand apart from the crowd.

What keeps you stopping now? Choose from hundreds of Best Bloody Bastards Weapon options and put your bed foot forward when fighting against your bastard brother.

A Guide to the Best Bloody Bastards Weapon Options

Now that you know about the game, it’s time to move on to the best weapons you must try in 2023. Unlike Fortnite weapons that come with special powers, these equipment pieces are self-controlled. Scroll through the list and pick the best option for your gaming strategy and playing style.

Let’s begin the list with the most hyped and appreciated weapon – Double Super Spike Shield. It is a perfect option for those who want to strike a perfect balance between offense and defense. Super Spike Shield does decent damage while protecting players from getting hit, making it the best of both worlds.

All in all, this weapon is an ideal choice for those looking for stable gameplay. This spike shield gives a tighter grip, so you can destroy your enemy without losing your balance. It is a different style of the sword for Bloody Bastard players. It gives you the confidence to fight while maintaining overall stability in the game.

The second Best Bloody Bastards Weapon players must add to their collection is the Flail. It is the most powerful weapon on the list and deals heavy damage. It can easily outrank other weapons in the game, making it an ideal choice for everyone looking for a perfect fighting experience.

Players can easily add Flail to their weapon collection and instantly unlock all the Roman Campaign levels. However, every good thing has a disadvantage, and it is no different. This weapon is equipped with many powers, which come with both advantages and disadvantages. If your opponent opts for this tool in multiplayer mode, no other weapon in the game can counter it; hence make a choice accordingly.

The next Best Bloody Bastards Weapon worth adding to your arsenal is an Axe. It is another good weapon to bring down the opponent instantly. The weapon is loaded with lightning powers, just like the Flail, and causes tons of damage. You can use this weapon against opponents’ long-range weapons, as it allows you to get close to your enemies and deal heavy damage.

However, it would be best to be mindful while dealing with them. Since these tools motivate you to go close to your opponents, they sometimes mislead you, thus causing more damage than good. Also, weapons like Axe are more suitable for close quarters, as they don’t reap good results in outdoor locations.

Despite these disadvantages, Axe is still considered the most powerful and the Best Bloody Bastards Weapon to choose from.

Last but not least, Bloody Bastards’ Weapon you must try is Mace. It gives you a one-shot kill to a head unit, making it a powerful option. A mace is a simple weapon with a heavy head on end, thus delivering powerful blows.

However, players sometimes confuse mace with a hammer because of its shape and size. But they are entirely different in several aspects. The head of the mace is radially symmetric so that a blow can be delivered effectively with any side of the head.

Also, the length of the mace varies considerably, and players can even go for one-handed or two-handed maces based on their choices.

That’s all about the best weapons to add to your arsenal when playing the Bloody Bastards. We hope our research will help you make the appropriate choice in choosing the Best Bloody Bastards Weapon. Whether you choose Axe, Flail, or Double Super Spike Sheild, cater to your purpose well. Also, choose the weapon according to your gaming strategy and personality to get the best result.

Thanks for reading. For more similar updates, keep visiting the page regularly.