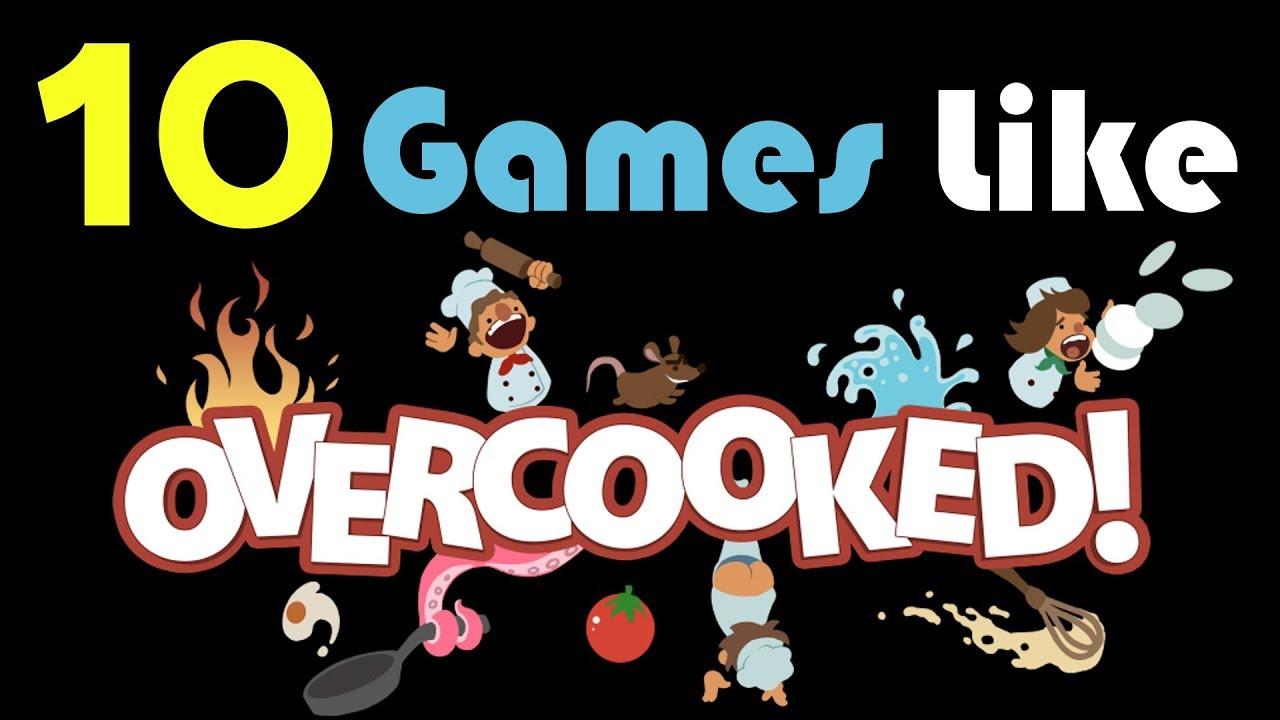 Since its release, Overcooked has won over Gaming fans with its exciting premise and chaotic multiplayer gameplay. It is a one-of-a-kind cooking video game where you need to work as a team and serve up a variety of mouthwatering orders to your customers. However, since the franchise has wrapped up its game series, it’s time to bring other cooking-themed games into the spotlight. Look no further if you’re looking for more great games to test your culinary skills. Here are 10 of the best games like Overcooked, that will have you cooking up a storm.

While most of the games on this list are also multiplayer-focused, a few single-player options are included. All of the games offer something different, so whether you’re looking for more of a challenge or want to switch up the type of cuisine, you’re sure to find a game that’s right for you. So, without further ado, let’s get into the list.

A Brief Introduction About Overcooked

Before we move into the list of games like Overcooked, let’s gather some information about this game to make the better choice.

Developed by Ghost Town Games Ltd., Overcooked is a co-op cooking video game where you must cook various dishes promptly. Different chefs have unique abilities, and you must work together to complete the recipes.

Various kitchen hazards can make your job more difficult, so you must be careful and work quickly. The game was released on 3 August 2016 for Microsoft Windows, PlayStation 4, Steam, and Xbox One. It is expected to release on PS5 and Xbox series as well in the future. In the game, up to four players assume the role of cooks in a kitchen, with one player as the head chef.

The goal is to complete various tasks, such as cooking food items and serving them to customers, while avoiding hazards such as fires and exploding ovens. The game received mixed reviews from critics, with some praising its cooperative gameplay and humor while others criticized its chaotic nature and lack of content.

The franchise includes two Overcooked games in the name of Overcooked and Overcooked 2. You can click the link here to check the major differences between them.

While both performed well but since the content was limited, gamers started looking for other look-alike games of Overcooked to brush up their culinary skills while enjoying a game.

Here’s a quick rundown of the 10 best games similar to Overcooked. Check them out and choose accordingly. These games offer an identical experience to Overcooked and test your culinary skills to the fullest.

Space Food Truck is a PC, Mac, and Linux cooking video game. You are the cook aboard The galaxy’s first food truck, and you must please the appetites of an eclectic group of aliens.

With each order, you’ll have to contend with new ingredients, customers with special requests, and the clock ticking down. To succeed, you’ll need to cook quickly and efficiently in Space Food Truck. Each recipe has its challenges, so you’ll always learn something new. So fire up your culinary imagination, and get ready to serve some out-of-this-world food!

The second-best option on the list of games like Overcooked is the Cooking Mama Series. While it’s not similar to Overcooked from a graphics perspective, both games feature the same cooking simulators where the player has to put himself in the kitchen sweat.

It was first released in 2006 on Nintendo Switch and took the gaming world by storm due to its stunning graphics and captivating gameplay. Moreover, the game is simple, making it ideal for beginners who have recently stepped into the cooking video games genre.

While this top-down simulator game has fully inspired by Overcooked, it features a different storyline and role-playing. Unlike being the cook in the game, you play the role of a renovator whose duty is to decorate, paint, and carry out other renovation tasks before the deadline.

The graphics are similar to Overcooked, and the game also leans on an identical art style to the Overcooked games. So, if you want to dig deeper into the itch of couch co-op games, Tools Up is undoubtedly worth trying out.

See also  Who Is Kokushibo In Demon Slayer? Everything About the Upper Rank 1 Demon

Yet another best cooking-themed video game is Cooking Dash, where players have to sit and serve customers. You’ll play the role of a chef, and the game focuses on testing the player’s time management skills.

While the game starts on an easy note, it becomes challenging and hectic in later levels. Cooking Dash features five restaurants and over 50 levels to keep you hooked for hours.

Still looking for the best games like Overcooked? Well, then, turn to Cake Mania and showcase your baking skills. The gameplay is quite similar to Overcooked, and you must fulfill customers’ orders promptly and earn money.

You can upgrade to better equipment to serve more customers with the money you earn by completing orders.

Released in 2019, Cooking Simulator is yet another cooking-themed simulator video game that focuses on simulating the workings of a kitchen. But unlike Overcooked and other games on the list, Cooking Simulator looks much more realistic.

Furthermore, the game allows you to cook a mind-boggling number of recipes. While it is a challenging game, playing it is such a fan as it makes you race against time.

The next option on the list of the games like Overcooked is the Battle Chef Brigade. Launched in 2017, it is an RPG cooking game that combines a tile-based puzzle with side-scrolling slush gameplay.

It revolves around a group of warrior chefs, known as the Battle Chef Brigade, who bravely risk their lives to protect everyone from a monster by making delicious meals out of the remains. In addition to cooking food, players also battle monsters and then solve tile-based puzzles to cook the meals.

In Campfire Cooking, players take on the role of a chef who must cook various meals over a campfire. The game is set in various environments, including forests, mountains, and beaches.

The player must use their cooking skills to prepare meals for their campers, using only the ingredients and equipment that are available to them. Also, remember that cooking must be done through puzzles, so you should rotate, twist and jostle skewers to cook the food to perfection.

See also  What To Do When Your Mac Won’t Boot?

Players will need to be quick and efficient in their cooking, as they will be timed on how long it takes them to cook each meal. There are also bonus points awarded for cooking the meals perfectly.

Published by JAYFL Games, Diner Bros is a cooking video game for PC. Players manage their diner, cook food, and serve customers in this frantic cooking and restaurant management game. It features a variety of recipes to cook, and players can also create their dishes.

Diner Bros is also available in single-player mode and works just fine. You can play a large portion of the game alone and enjoy it without finding another team member.

Let’s wrap up the list of the games like Overcooked with yet another exciting option, Order Up. For those who enjoyed Overcooked and Cooking Mama Series, Order Up is the perfect ally that keeps them engaged for hours.

The game starts with players working in a fast food place and then becoming their owners. It focuses more on getting multiple dishes within the deadline. In addition to cooking, players must participate in several other mini-games, like washing dishes, shooing pets, etc.

There are plenty of great games like Overcooked out there that’ll let you work together with friends to achieve a common goal. If you’re looking for more cooperative multiplayer experiences, check out the list above and choose your preferred option. Each of these games offers a unique take on the cooking genre while providing an enjoyable and challenging experience.

Thanks for reading & stay tuned for more updates!!