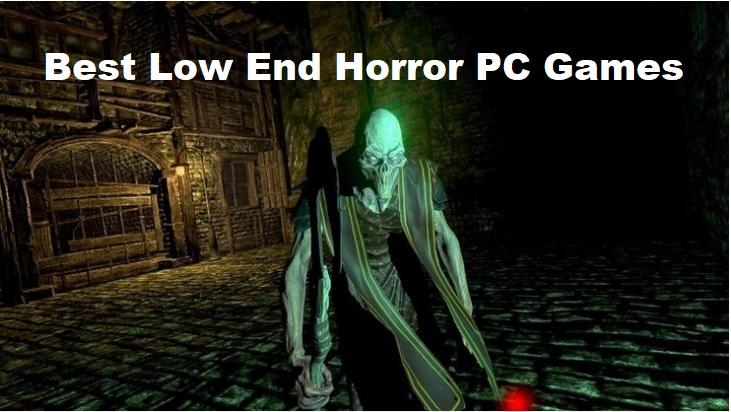 With the advancement of the global Internet, Online gaming has become a trend among the young generation. Gamers used to interact with one another by playing games online. They use devices such as PCs, Laptops, Gaming Consoles, and Smartphones to play their favorite games. You will find games of almost all genres on the internet; however, the demand for horror games is at the top. Players are interested to know the best Low-End Horror PC games.

A sheer amount of AAA Horror game titles are available on the Internet. The only sad thing is that most of the games required high specs devices to run these games. Are you one of that who is looking for the best low-end Horror PC games that you can’t play on your device?

Then this post is for you. In this detailed guide, we will discuss the top 8 best Low-End Horror PC Games that you can play for free.

Playing Horror Games is fun. Some of the horror games are terrifying, and you won’t need to be scared as you are playing with your friends. For low-end spec players, we have done great research and compiled a list of the best Horror Games to play on low-end PC.

Vampire: The Masquerade- Bloodiness is a wonderful low-end PC game that delivers a new type of RPG experience-one that blends all the core elements of a traditional RPG with graphical richness. It is an action role-play video game developed by Troika games. The Gameplay follows a human being that has been killed and revived as a Vampire. At the beginning of the game, players can create a male or female Vampire Character by selecting a Vampire clan.

The player can choose one out of the seven clans- the powerful Brujah, the decadent Toreador, the insane Malkavian, the aristocratic Ventrue, the monstrously-deformed Nosferatu, the blood-magic-wielding Tremere, or the animalistic Gangrel.

The Forest is the best Horror game developed and published by Endnight Games. Talking about the gameplay, the player must survive on the forested Peninsula in search of his son Timmy after the Plane Crash. Players require to survive by creating shelters, weapons, and other survival tools.

As the player progresses in the game and explores caves, they will encounter Bizzare mutations, including deformed babies and other mutations. The game features a day and night circle where players build shelters, hunt animals, bring supplies during the day, and protect themselves from mutants at night. 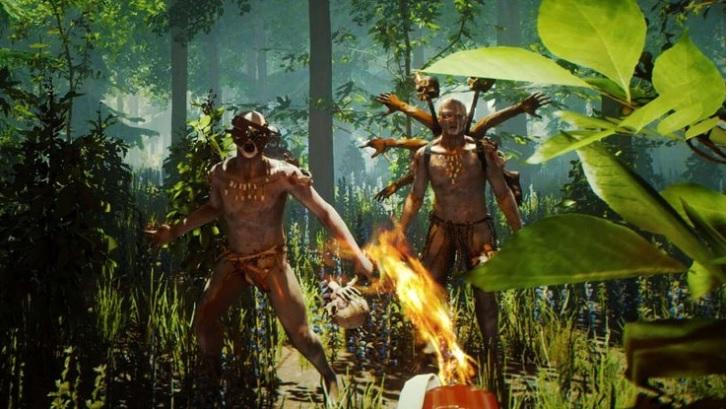 Secret Neighbor is a multiplayer horror game suitable for low-end pcs. In this game, you need to explore your Neighbor’s house. The six kids will only have the aim to get into the locked basement but beware- one of you is the Neighbor in disguise.

Your team has only one goal – sneak to the neighbor’s house, collect the keys and unlock the basement. You are required to show your team strength in order to rescue your friend from the basement.

Death Space 3 is a third Person Survival Horror Video Game that is developed by  Visceral Games and was published by Electronic Arts. The gameplay is set on the frozen planet of Tau Volantis. The game follows protagonists Isaac Clarke and John Carver, who try to end the Necromorph threat.

Players must control Isaac, explore the environment, solve puzzles, and find resources while fighting with Necromorphs. It is the third sequel of the game which is quite popular among players.

Friday the 13th is a fun-loving game based on a film of the same name. The players can choose to take the role of Crystal Lake Counsellor or Jason Voorhees himself. As a Counselor, you can stun Jason by using firecrackers. Meanwhile, Jason plays the role of tracking, hunting, and killing his prey. You can play this game with up to 7 players. In the beginning, the game offers only Multiplayer mode. However recently, the developers added Single player mode to the game. 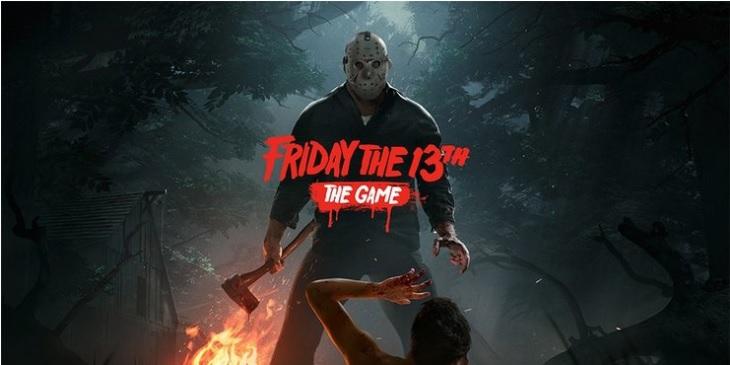 The main objective is to stay alive while escaping from the other Counselors. If you have a good team of friends, it is worth giving a try to this game.

Alan Wake is one of the best Horror thriller games that have a large player base. Talking about the gameplay, you will play the role of Alan wake, a popular writer whose wife goes missing while on vacation. The player went into dark mountains and trace new paths in order to find his loved one. The Soundtracks and background effects will make the game more thrilling.

Mad Father is one of the best survival Horror role-playing games, released in 2012. The name of main character of the game is Aya, who losses her mother at the age of 11 years due to illness. After the death of the mother, her life got changed completely. 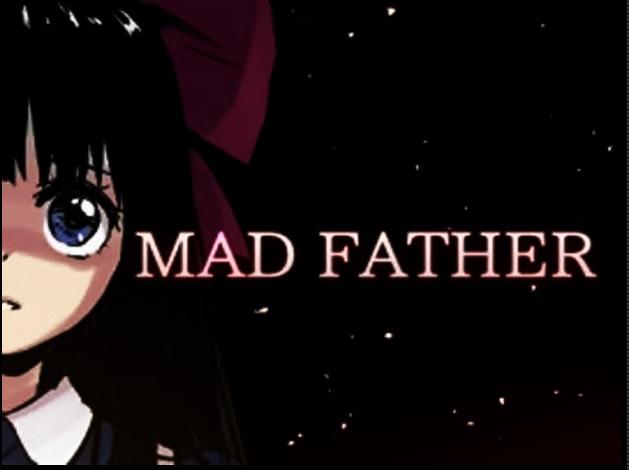 Aya’s father is a mad scientist conducting top-secret research in his Laboratory in their basement. Aya’s father is in a secret affair with his maid, Maria. One morning when Aya woke up she got shocked to discover that she was surrounded by eerie test subjects. After that, the story changes completely. The game includes the best Custom graphics and soundtracks.

However, one of the great options for Horror fans is not recommended for players with weak hearts.

Cry of Fear is a survival horror game in a deserted town. It is a single-player co-op game filled with horrific characters. This game offers over 8 hours of gameplay. The game offers 24 different and unique weapons to play with.

Well, these are some best low-end Horror PC Games titles you can enjoy on your low-end PC. I hope you will find the post helpful. Which game do you like the most? Do share with us in the Comments section below. Keep sharing!!

Thanks for reading! For more information, Stay Connected with us.