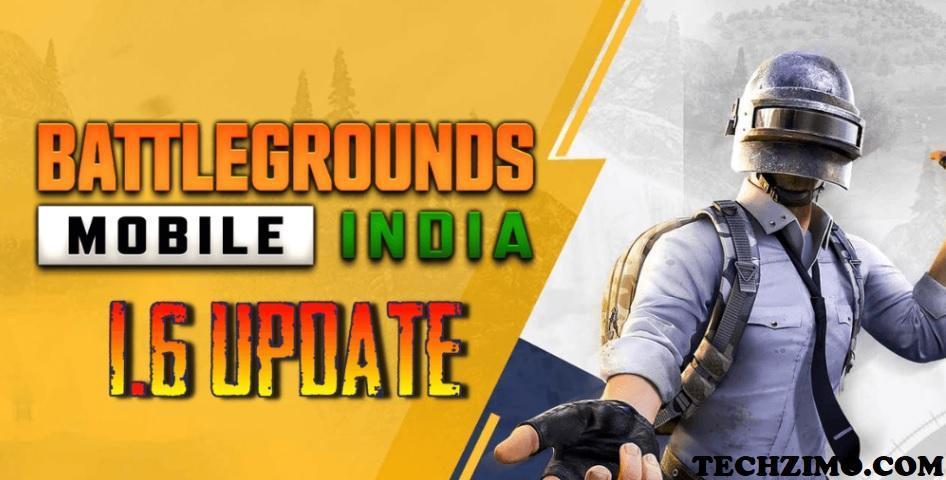 BGMI 1.6 update has been announced with tons of exciting features, game modes, security updates, and much more. There is huge excitement in the gamers to give a hand to the latest update of the most popular battle royale title. Here is everything you need to know about the 1.6 global updates.

To play BGMI without any issue you will need:

The upcoming version 1.6 of PUBG Mobile and BGMI is scheduled to release on Sep 14th. Try to complete all achievement missions of the old event or game mode before it’s removed from the game to earn attractive rewards.

The first and most anticipated feature in BGMI New Update 1.6 must be the Spaceship. To make the game more futuristic, stunning, and fascinating, the game developers are adding this new flying object. However, the spaceship is only available on the map Erangel. BGMI players can loot a lot of good supplies here. But it’s not easy to enter the Spaceship.

The snow map Vikendi is making a comeback in the upcoming update of PUBG Mobile which will apparently replace the Karakin Map. The new update will bring a revamped version of Vikendi which will make several changes to Dino Park, one of the popular hot drops of Vikendi. Players will also be able to see train lines spread across the map.

Like the PUBG Mobile Godzilla update, BGMI update 1.6 also introduces a new cinematic mode. It takes place on the new Spaceship. Players have another chance to live in an action movie about the invasion of aliens. Human players will cooperate to clear aliens and Exo robots.

The space technology is likely the theme of BGMI update 1.6. Apart from the new Spaceship, the developers also add new flying cars. This futuristic feature is also a new exclusive vehicle in Erangel. Like the flying motorcycles in the BGMI Mission Ignition mode, the flying car also flies above the ground but its altitude is also limited.