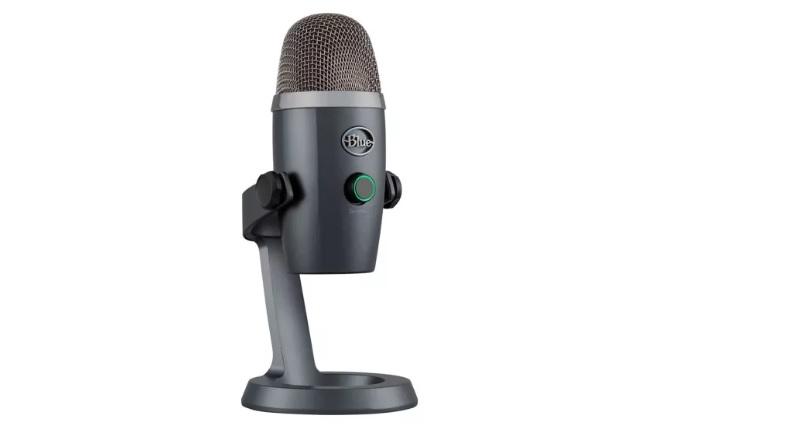 These Microphones, a part of Logitech for Creators and a brand extension of Logitech dedicated to creators, today announced the launch of two USB microphones, Yeti X and Yeti Nano, in the Indian market. These USB mics can be used with various platforms from gaming, live streaming, YouTube content creation, and home studio work – all providing broadcast-quality recording, claims the brand.

The company launched its original Blue Yeti microphone back in 2014, and the device is still considered to be one of the best USB mics in the market and has a cult following. Now the company has launched the Yeti X and Yeti Nano in India.
USB mics are much easier to use when compared to XLR microphones as they do not require an audio interface to work. and can be easily plugged into a PC or laptop to start recording.
The microphone also comes with an “illuminated multi-function smart knob”. This is designed to give granular control over mic gain, mute function, and headphone volume. The knob also controls the blend of microphone signal and computer sound, according to the company.

Meanwhile, the Yeti Nano delivers Blue studio-quality sound. It comes with two proprietary condenser mic capsules that are specifically tuned to give voice exceptional presence and detail, claims the company.  It supports high-quality 24-bit/48kHz recording. This one also offers plug ‘n play performance with a wide range of software and operating systems. It comes with the flexibility to record from a single source or multiple sources at once.

With two proprietary condenser mic capsules that are specially tuned to offer voice great presence and detail, Yeti Nano produces Blue studio-quality sound. Yeti Nano allows for high-quality 24-bit/48kHz recording, allowing creators to give their podcast or video a truly professional look. Furthermore, Yeti Nano is plug-and-play compatible with a wide range of software and operating systems. Making it adaptable and simple to use in any setting. Yeti Nano has two pickup-pattern options right on the mic, allowing you to record a single source or numerous sources at once.

Yeti X features a four capsule condenser microphone and an 11-segment LED meter that goes from green to red. So, streamers can check and adjust their vocal levels at a glance and easily maintain professional sound quality while live on camera. An illuminated multi-function smart knob provides precise control over mic gain, mute, and headphone volume. The smart knob also controls the blend of microphone signal and computer sound. So creators can quickly adjust the amount of computer audio versus microphone audio that is heard in the headphones.