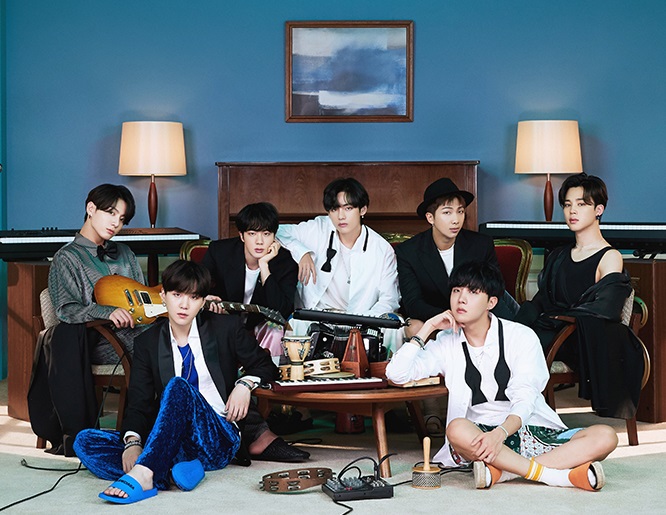 With celebrity fans like Shawn Mendes, Tyra Banks, and Charlie Puth, BTS has become one of the biggest and most well-known acts in K-pop history. If you’re an ARMY, the question of “What is each member’s favorite thing about being in BTS”  likely crossed your mind.

In a recent AskAnythingChat interview, the BTS members including V, Suga, Jimin, Jin, RM, Jungkook, and J-Hope were asked several questions from ARMYs. One of these questions was what is each member’s favorite thing about being in BTS?  The members decided to give some more humorful answers.

Whilst others share details on Jin’s hilarious sense of humor and him being the binding force of the group, Jin said that he likes the way, V sends funny pictures of himself. He isn’t the type to have one on one talks with the members but will express his thoughts when they are all gathered together.

Jimin shared that he likes that Suga cooks for them when they’re on vacation. Jin appreciated Suga’s production skills and J-Hope praised Suga’s talent for song-writing.

Jimin also spoke about V’s pure and untainted nature that probably even V is not aware of.

Jimin suddenly asked V to compliment him and the latter said that “You are so very kind!” After V said this, Jimin said they should move on to the next question.

V said that he likes when J-Hope always buys them presents. Jin mentioned J-Hope’s way of correcting and leading the members during dance practices. RM mentioned that J-Hope shares half of his leadership role and excels at lighting up the atmosphere.

BTS also got nominated at the 2021 Grammy Awards for Best Pop Duo/Group Performance for the foot-tapping disco-theme track. Last year was huge for the band as they topped the Billboard Hot 100 chart with Dynamite.