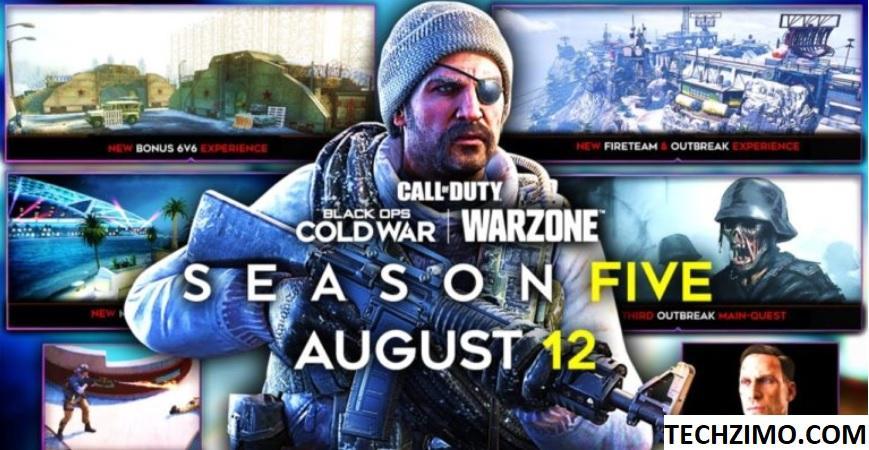 Season 4 has already given us an endless number of entertainment hours and fans have now rolled their eyes for season 5. Today, I will share Call of Duty Warzone Season 5, characters, skins, new features, and battle pass. Season 5 will be expanding the weapon locker of Call of Duty: Black Ops Cold War and Warzone with some exciting new weapons for players to unlock and use in their battles.

This new season comes with a weapon balance pass too, which brings changes to all weapon categories. SMGs are now strengthened for close-quarter combat, attachments have been optimized, and more. Gunsmith has been upgraded to 2.0 and more information on these will be shared later. Vehicles in battle royale mode have been optimized and you can now choose new tank operations in-vehicle settings.

When will Call of Duty Warzone Season 5 start?

We found that Attack of the Undead would be returning to COD. The game mode starts with 2 randomly selected players who are zombies, and they’ll have access to a proper loadout. It has also been confirmed that Tank Battle is coming to battle royale. We’ve seen tanks in a battle royale for some time, but it looks like things will be shifting gear for a lot more tank action.

Activision has confirmed that they are going to add two new weapons to the game. One of the weapons is an assault rifle and will be available in the battle pass free of cost.