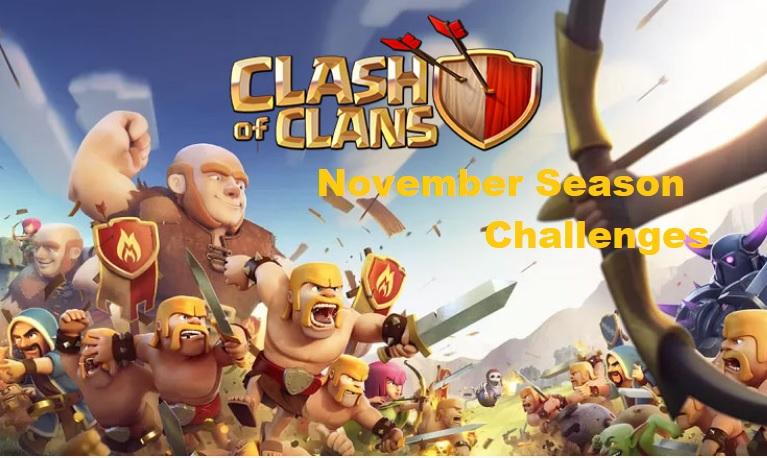 Clash of Clans is a fun-packed Battle Royale game where the players form Armies to beat their enemies. Every time watching your heroes in the same costume is quite boring. To spice up the game, the developers of the game released Monthly Challenges. On Completing these Challenges players can earn new hero skins as well as additional resources like boosters, gems, gold, and magic items.

There are two levels in the November Season Challenge: Free and Gold Pass. Gold Pass is a paid version with many additional advantages and a unique hero skin, whereas the former is accessible to everyone. Only Gold Pass holders can access limited features like magic goods, hero skins, and greater seasonal chest storage.

By completing the Seasonal tasks, players can enhance their base, spells, and troops in the game. Players will have a chance to grab a new Hero Skin as a part of November Seasonal Challenges. The Pirate Champion hero skin is one of the best hero skins for the Royal Champion as it features the hero in a long blue coat and cap, armed with a nautical-themed spear and shield.

Players can complete all season tasks to earn the skin and its special effects, which cost 2600 points.

Requirements: Only players with Town Hall 7 or higher can access the Season Challenges.

See also  Tinder: Women's safety now at the heart of the app

One of the easiest ways to gather resources for the base and army upgrades in Clash of Clans is to take part in the November Season Challenges.

Sources of loot for the Season Bank:

Also read: Free Fire Max Booyah Top Up Event: How to get Rewards

See also  Wear OS 3: Here Are All The New Features and Apps