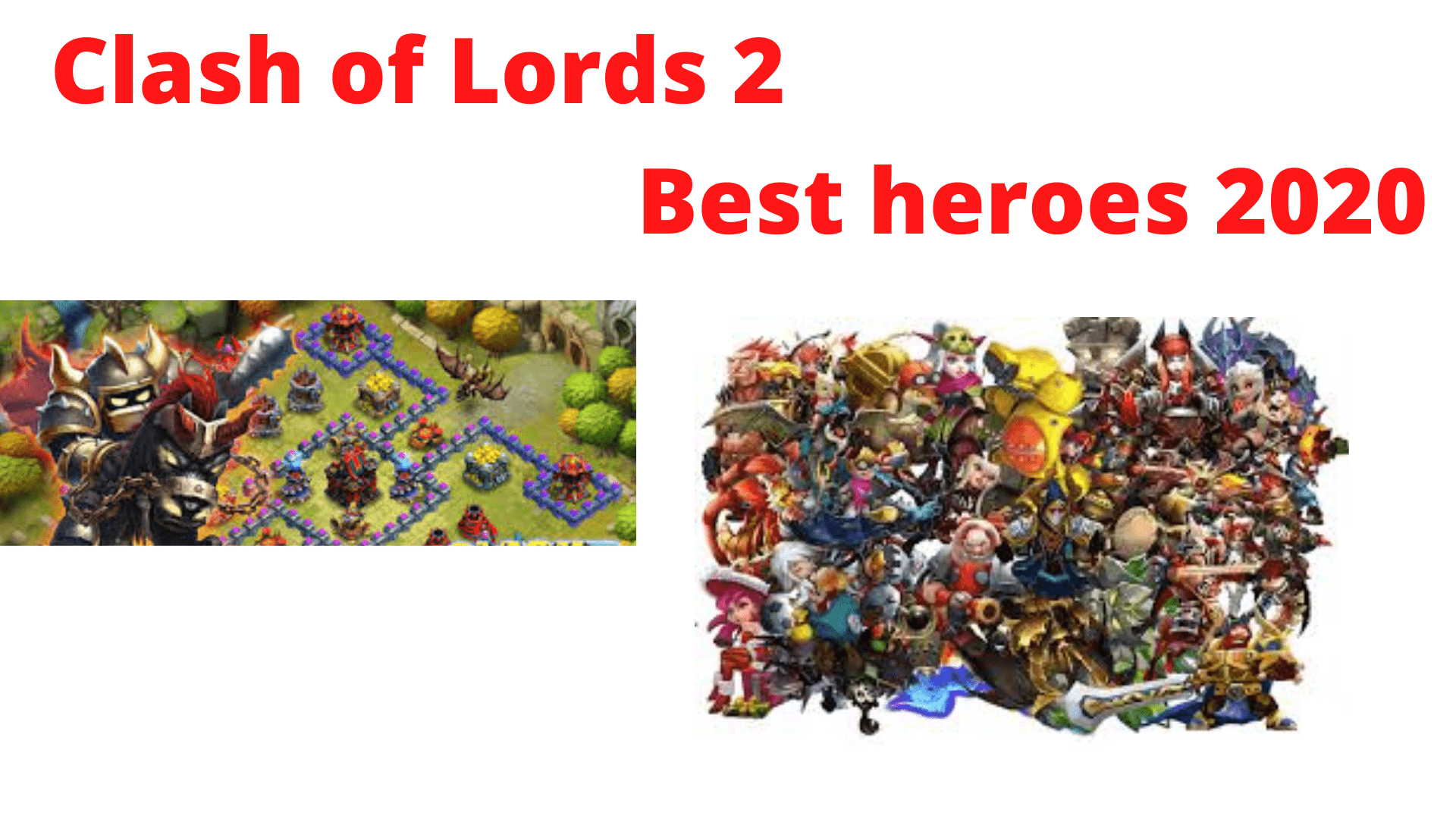 Clash of Lords 2 is one of the best strategy games around the world and maintains its position in the top 10. The idea behind all the strategy and clash games is the same. In short, it is, Join a troop, Build an army, and clash with enemies. Clash of Lords 2 is a top-rated game that brings fun and innovative twists on the genre. But before entering into any game you must know about is best characters and here is the list of Clash of Lords 2 best heroes 2020.

Clash of Lords 2 is a fun-filled strategy game wherein you can recruit over 50 heroes and their armors, make and defend a base, and fight beside your friends in over 10 PvE and PvP modes. Are you excited to hop into the pit and punch someone? The heroes fight in a free-for-all frenzy against a force of frightening beasts! Take the Control of the action and become the greatest ruler in the game. To survive you’ll need wit, will, strength. Gather all this and clash!

Why heroes are important?

Heroes are the core of anyone’s army in the game. They gather mercenaries that own similar qualities and attributes to the respective heroes on attacking another player but do not summon them while defending your base. Only when the Hero dies, it is required to heal him but mercenaries are immediately resummoned during the next battle whether or not they die.

Heroes are divided into 4 categories. Starting from normal to epic the qualities per hero increase.  Different heroes will be stronger in different situations. It’s up to you to take advantage of resources in-game and out to build the team that will best suit your goals and style.

Irrespective of in which category the hero falls, here is the list of top 10 best heroes.

It is considered to be one of the main heroes because of its Best Skill, Aid Skill, and best defensive/offensive hero. It has Great Divine Skill as well.

Pounder is another important her in Clash of lords 2. Its main features are Best Tank. Its Divine BloodCap is very OverPowered.

Renee Ven! You must have heard this name. It’s Revival Skill and Divine Skill are very Helpful and gives a HUGE edge. Her Aid Skill is exceptional for SharpShooters. She is a proven Clash of Lords 2 best heroes.

Arctic Lord has Best Fortitude Skill. Along with this, he has High HP and its Aid skills are just mind-blowing.

The reason why Dark rider is one of the best heroes to pick is that it has good HP and Damage reduction is great. It’s Fortitude Skill Dramatically enhances the TH allowing your base to become MUCH harder to 3 stars.

It is one of the Clashes of Lords 2 best heroes. Its Divine Skill is great for raiding. Sapphire can fly over Negates Walls, Mortars, and Ground Heroes. It has Tank level HP.

Are you searching for something specific for the arena? GO for Chiron then. However, he can not Evolve as he does have the 2nd best Aid Skill.

Well, friends, this is all about Clash of Lords 2 best heroes 2020. I hope you have enjoyed reading the article.

Share your thoughts. Do mention in comments which hero you chose and what benefit you get from it.