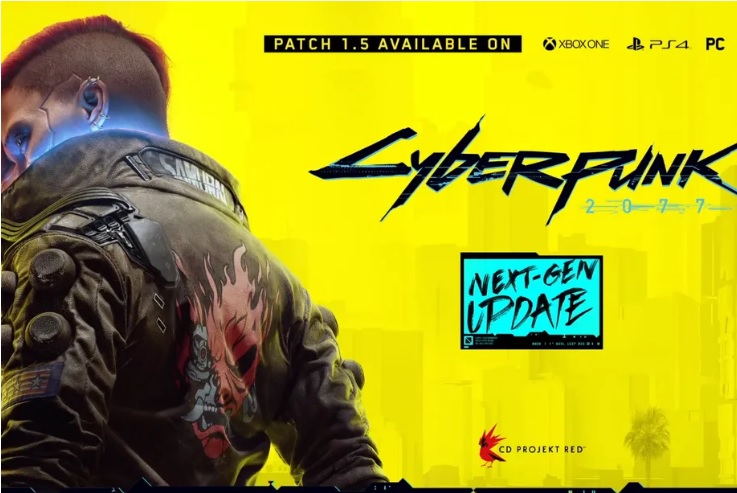 Finally, Cyberpunk 2077 has been released on next-generation consoles after a long wait. The next-gen patch for Cyberpunk 2077 is available now. Patch 1.5 releases for all versions of the game. This will add several new options and improvements across the board

Enhancements for next-gen include two visual modes – one with ray tracing, the other that favors performance. The update is available on Xbox Series X and Xbox Series S, as well as on PlayStation 5, as a free upgrade and a standalone digital purchase. The game, along with patch 1.5, is also available on older consoles

The next-gen console improvements include ray tracing support, 4K resolution with dynamic scaling, faster loading times, and a variety of other visual and technical improvements. On the PS5, the update also includes support for the adaptive triggers, haptic feedback, and even the speakers on the DualSense controller.

The patch is around 50GB for each platform, and if you’re playing on PS5 you’ll have to manually select the new PS5 version and reinstall the game fully to get the latest improvements. You may even need to move your game save manually too, as PS5 players are currently playing the PS4 version of the game.

Other enhancements include new weapons, new apartments you can buy in-game, the ability to change your look in the mirror, many gameplay tweaks, and a much improved AI system for people on the streets.

There will also be a five-hour free trial of Cyberpunk 2077 available on PS5 and Xbox Series X / S until March 15th, and any progress you make in the trial will carry over to the full game if you choose to buy it.

Cyberpunk 2077 on PS5 and Xbox Series X/S is a free update for the respective PS4 or Xbox One version. You can therefore purchase either last-gen edition and get the upgrade at no extra cost.