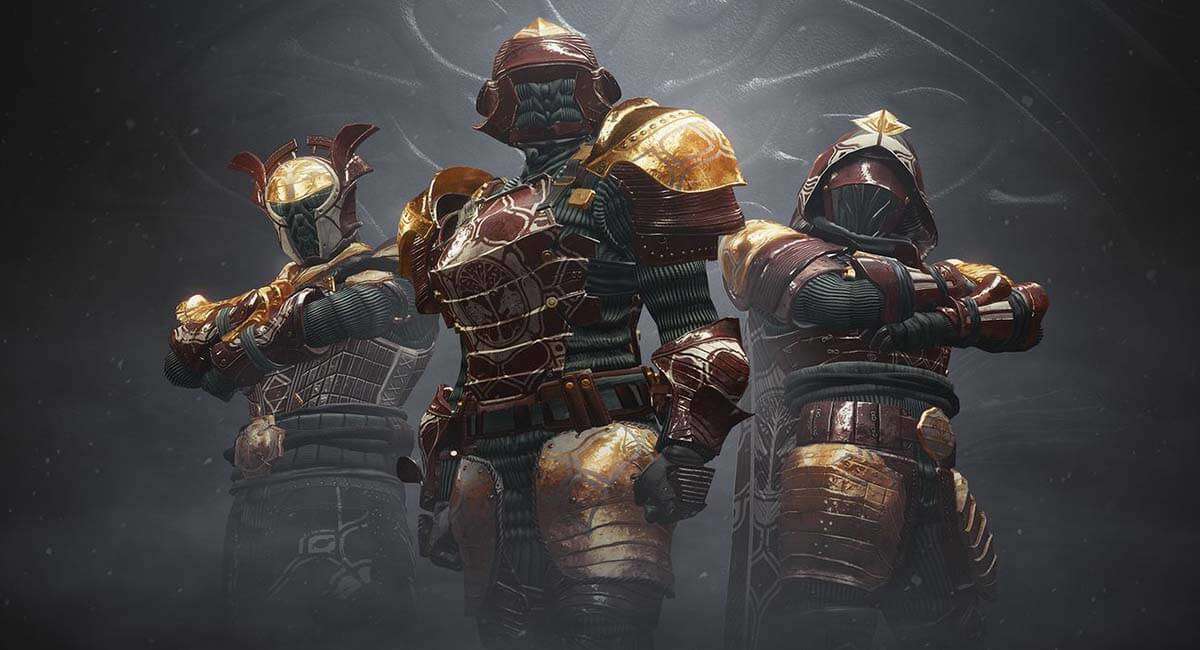 Bungie appears to be getting ready to add Fortnite skins to Destiny 2. After Fortnite leaker MidaRado teased a potential Destiny 2 collab over the weekend, Ginsor — a well-known Destiny dataminer — has confirmed the crossover with an image showing off several classic Fortnite skins in Destiny 2.

The image was likely obtained from Bungie’s own website. Includes a Titan armor set that looks very much like the Black Knight skin that was originally obtainable from the season pass of Fortnite season 2. Destiny’s Warlock is also shown with a Fortnite-like Drift Mask. And the Hunter looks very much like Fortnite’s Omega skin.

It’s not clear how Destiny 2 players will be able to obtain these Fortnite skins, or when they’ll be part of the game. It’s more than likely that the Fortnite skins will be universal ornaments in Destiny 2, so players can apply them to any armor sets and customize characters. Rumors also suggest Fortnite could also get its own Destiny skins, and there are plenty of characters that Bungie could potentially place inside the Fortnite world.

Android 13: Pixel wireless charging stopped as soon as it was updated

This isn’t the first time Bungie has added crossover content to Destiny 2.

Bungie celebrated its 30th anniversary with a special content drop that included Halo-like guns in Destiny 2. The 30th Anniversary pack for Destiny 2, released late last year, included a Magnum-like sidearm, alongside a Battle Rifle-like pulse rifle in the looter shooter.

See also  Oginject.co Pokemon Go: What Is It and How to Use It?

This Fortnite crossover leak comes just days before Bungie is set to reveal season 18 of Destiny 2, and the next major expansion to the franchise: Lightfall. Bungie has scheduled a Destiny 2 showcase for Tuesday, August 23rd at 9 AM PT / 12 PM ET. It’s the first major Destiny 2 showcase since Sony acquired Bungie for $3.7 billion earlier this year.

Ginsor’s leak is one of the multiple leaks to drop on social media teasing both the upcoming Season 18. And Destiny 2‘s next expansion, Lightfall. With many coming from Twitter user Josh Hunt. Leaks for Season 18 suggest it will be titled Season of the Plunder and center on the long-teased return of Eramis. King’s Fall is being reprised. And the overall season is pirate-themed. As for Lightfall, leaks suggest the expansion will see guardians battle Calus. Travel to Neptune in search of an artifact The Witness desires. A new allied race, and the next subclass being named Strand.

During the roughly eight-year history of Destiny and Destiny 2. It has become somewhat of the norm for leaks to get out ahead of major reveals. And game updates to either tease or outright spoil Bungie’s newest content. It appears to be no different ahead of the next Destiny 2 reveal event set to air on August 23. Which most of the game’s community believes will give them a first look at the next expansion. However, one of these many leaks isn’t about the game’s next expansion. But instead, an upcoming crossover event with Fortnite and the new armor guardians will be able to get their hands on.

ColorOS 13: Oppo launches a new operating system, these devices will get updates