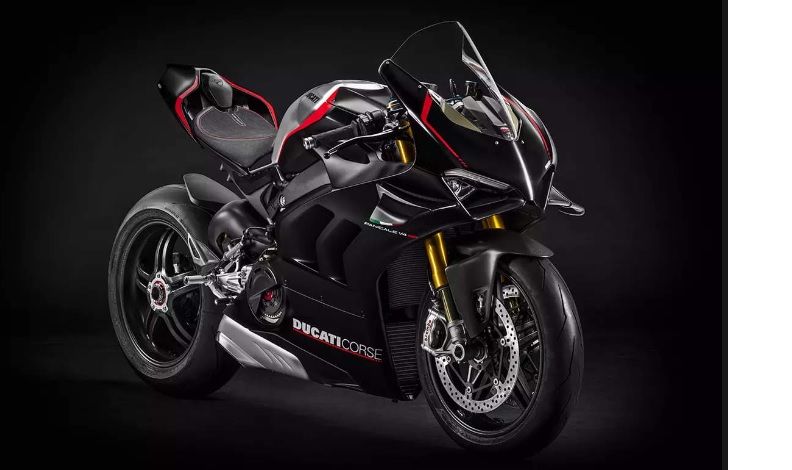 Details have been revealed about Ducati’s first electric bike, the Ducati V21L, which will be competing in the FIM MotoE World Cup from next year. The MotoE Grid has been supplied by Italian electric bike maker Energica since its inception in 2019 and is now set to replace the Ducati by 2023. Ducati’s first stab at an electric motorcycle, Project ‘V21L’, is set to lead the Borgo-built road-going electric bike from the Panigale-based manufacturer.

The battery pack is the most important part of the powertrain of an electric motorcycle.

This Ducati supports a bigger 18kWh unit. The battery itself weighs 110kg and the bike has an integrated 20kW charging socket in the tail. The motor that powers this bike weighs 21 kg, which generates 150hp and 140Nm of torque. With a maximum rotation speed of 18000 RPM, this motor makes more revs than the 600 cc sportbikes from Japan.

Ducati says the cooling system is a “double circuit design designed to meet the thermal needs of the battery pack and inverter unit.” In fact, Ducati also claims that there is no need to wait for the battery pack to cool down to start the charging process. The battery can be charged as soon as the bike goes into the pits. It takes about 45 minutes to reach 80 percent of the claimed limit.

Ducati has not mentioned any category data. This suggests the use of its choice that it would need to be able to complete the MotoE race on a single charge. MotoE races are usually around 35 km long. The 110kg battery pack gives you an idea of ​​how much electric mobility and battery tech needs to hold up against petrol power to cover such distances.

This is one area where the V21L prototype has a lot in common with other Ducati machines. The aluminum front monocoque frame weighs just 3.7kg.

Not unlike the one found on the road-going Ducati Panigale V4. However, the Ducati MotoGP machine goes a different path from the traditional twin-spar aluminum frame. Even the carbon-fiber case of the battery on the V21L acts as a stressed member of the frame. The rear swingarm is also modeled on the Desmosedici racing prototypes used in MotoGP while being made entirely of aluminum that weighs just 4.8kg.

Suspension duties are handled by Swedish expert Ohlins, just like any other top-spec Racing Ducati. The front fork is an Ohlins NPX 25/30 43mm diameter inverted unit. It is paired with an adjustable Ohlins steering damper to help stabilize it at high speeds. The rear mono-shock is a fully adjustable Ohlins TTX36 unit.