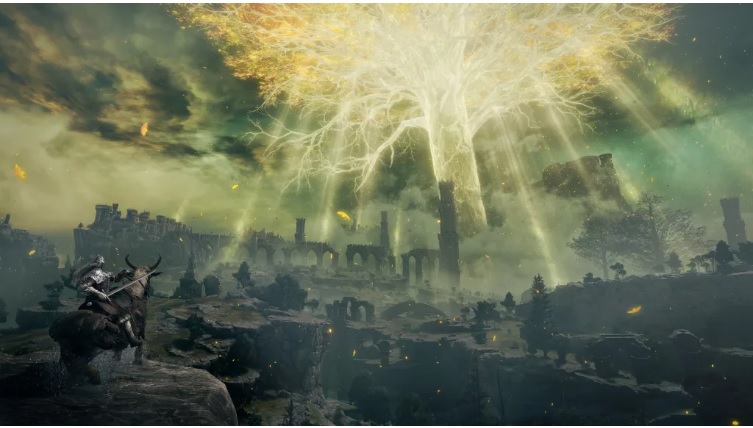 Elden Ring finally launches. It is the most-anticipated video game of 2022, the game is out now on consoles and PCs worldwide. The game is available now on consoles in New Zealand. Later, it will be available on other platforms and regions. Here’s everything to know about Elden Ring.

What is Elden Ring exactly?

Elden Ring is an action-adventure RPG (role-playing game) set in the bleak, dark fantasy world of the Lands Between. Ruled by great heroes inheriting the blood of Queen Marika the Eternal, the realm plays host to several hostile entities. Same as previous souls-like titles from the developer, players can expect to find punishingly difficult bosses, a fragmented narrative shrouded in mystery, and tenacious mobs at every corner.

You play as a descendant of the Tarnished, a group of heroes once banished from the lands. The plot is centered around the titular Elden Ring, a powerful artifact that got shattered and sent into different areas in the world.

The main task of the players is to find the shards, restore the ring to its original state, and ultimately become the Elden Lord.

FromSoftware is introducing an open-world system this time. This will let players explore the land and slowly progress towards their goal. There is a map as well, using which, players can mark interesting locations using beacons or fast travel to discovered checkpoints. Previously, players depends on lighting bonfires or idols in select locations in the world.

The horse allows for fluid movement during fights and lets you drop from great heights without having to worry about dying.

Same as previous souls-likes, the player character can be fully customized, from appearance to armor and weapons. There is a variety of preset classes to choose from, such as warriors and casters – or you could master a little bit of everything to build your character in a way that suits your playstyle.

Other additions include weapon crafting and the ability to summon Spirits to aid you in outnumbered battles. The co-op multiplayer feature makes your journeys easier, letting a friend join you on your pursuit and help you take down treacherous foes.

The game was out in New Zealand first, with players already getting their first taste of the Lands Between. But it is now available to download on consoles in India as well.

When does Elden Ring release in your country?

A few days ago, the official Elden Ring Twitter handle releases an infographic world map, listing the game’s global release timings. Console players will be able to access Elden Ring at sharp 12:00 am-midnight, depending on their local times – with the United States being an exception.

The standard edition, which contains the base game is priced at $59.99 across Xbox Series X|S, Xbox One, PlayStation 5, PlayStation 4, and Windows PC via Steam. In India, these prices would translate to Rs 3,999 on console and Rs 2,499 on Steam.