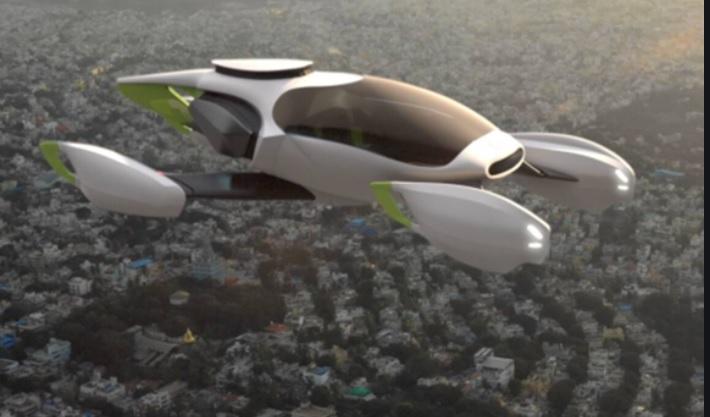 Renowned European aerospace company Airbus introduced the concept of its new autonomous electric take-off and landing (eVTOL) vehicle – CityAirbus at its Airbus Summit 2021 held on Tuesday. It is an upgrade to the existing CityAirbus, which the company showed off in 2019. The next generation CityAirbus is completely different from the previous concept in terms of design. There is no doubt that the new design is quite modern and attractive to look at. Efforts have also been made to keep it compact than before.

In this summit, the company showed the new next-generation CityAirbus eVTOL vehicle.

Airbus also showed a teaser video of the new CityAirbus at its Airbus Summit 2021, in which the design of this concept is seen in the present render. Airbus believes that the future lies in the emerging Urban Air Mobility (UAM), which will see us flying cars and taxis everywhere. Perhaps this is the reason why the company is constantly focusing on making new experiments in this direction. The new next-generation CityAirbus is also an example of the same.

Developed by Airbus Helicopters, the new CityAirbus is a multi-passenger autonomous electric vertical take-off and landing (eVTOL) vehicle designed for cities and suburbs. Its design has been kept different from the previous CityAirbus. The new flying vehicle now gets a fixed-wing instead of eight electric-powered propellers and a V-shaped tail at the rear. This design will remind you of an aircraft from a sci-fi movie.

Equipped with modern design and a top speed of 120 kmph

Airbus claims that the new electric aircraft will make very little noise during flight and landing. Talking about technical numbers, its noise level will be 65-70dB(A). Let’s say for example that it is similar to the noise coming out of your vacuum cleaner. It has been claimed that the new CityAirbus can fly 80 km and will have a top speed of 120 km per hour.