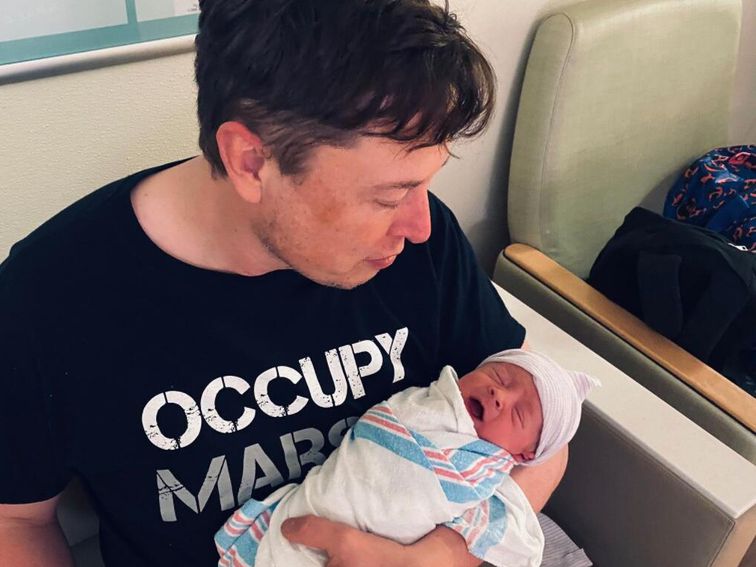 Grimes revealed the change Sunday on Instagram. “Did you change the baby name because of Californian laws? What is the baby’s new name?” therealsainti asked her in a comment on a photo unrelated to her baby.

Grimes replied with the new name — “X Æ A-Xii” — but did not elaborate on the details behind the change.

When Musk and Grimes announced the news of their new baby, born May 4, as well as his name “X Æ A-12”, some pointed out that the name on the baby’s official California birth certificate wouldn’t be accepted as valid by the state of California, the location of Musk’s Tesla headquarters.

A California family-law attorney told People magazine that the state doesn’t allow symbols, numbers or Roman numerals on birth certificates. Names must contain characters from the English alphabet. Hyphens are allowed, but the “Æ” might cause the certificate to be rejected and the parents would have to submit it again.

However, it appears the “Æ” is sticking around. As for the number 12, Musk and Grimes might get away with “Xii” instead of the Roman numeral “XII”.

The pronunciation presumably remains the same. Musk revealed how to say his son’s name on Joe Rogan’s podcast earlier this month.

According to one interpretation, all that boils down to pronouncing it, “Ex Ash A Twelve.” Another suggestion is, “Ex Aye Eye”.

Musk announced the news of his new son May 5 on Twitter and later shared a picture of him holding the little guy.

Speculation swirled around the meaning of the baby’s unique name. Grimes stepped in a day later to explain: X is the the “unknown variable.” Æ is her “elven spelling of AI.” A-12 is the “precursor to SR-17” — later corrected by Musk to SR-71, apparently the couple’s favorite aircraft.