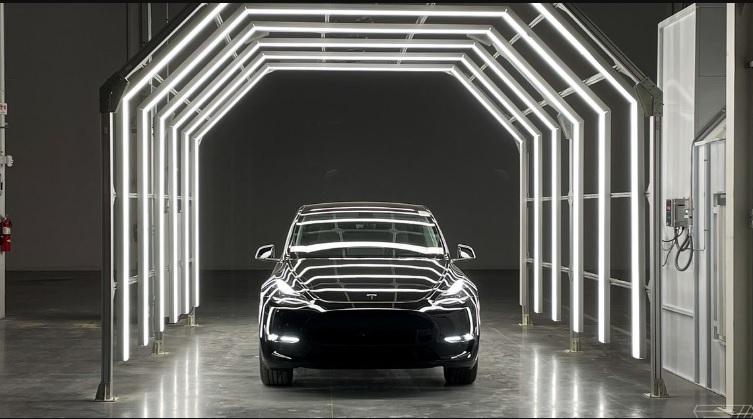 Elon Musk is in the talk about Tesla’s connectivity in its latest cellular-broadcasting satellites. T-Mobile hosted an event to promote its recent partnership with SpaceX’s Starlink satellites.

At the joint event of T-Mobile and SpaceX, both companies revealed that they will be introducing a direct-to-phone connection using Starlink Gen 2 satellites in the near future.

Elon Musk just announced the upcoming second-generation Starlink internet satellites. It will include cellular antennas for connections with phones from T-Mobile in the US, and potentially other operators as well.

Musk said during the event that satellite-to-cellular coverage from Starlink could provide a 2-4 Mbps link shared by everyone within the satellite’s coverage area. This is probably not enough for some premium connectivity features such as Live streaming video from a car camera
Still, a working “wherever you can see the sky” connection might be better than no connection at all. He didn’t go into detail about how it will all work or how much data owners could expect to access from the connections when they’re somewhere out of reach by terrestrial cellphone towers.
LightShed Partners analyst Walter Piecyk identified that enabling entry may work equally to an MVNO like Google which makes use of a number of carriers as its spine, or that Musk may change the provider deal away from AT&T sooner or later.

Musk took to Twitter to provide further confirmation of the news and to clarify a few queries that users may have regarding the most recent technological developments.

He added, “Note, connectivity will be 2 to 4 Mbits per cell zone, so will work great for texting & voice calls, but not high bandwidth.”

This connectivity will not handle enormous amounts of data. But it will be enough to reach out to others by phone call or send text messages. Since the satellites will use a spectrum that already exists. This implies that users of conventional mobile phones will be able to connect to the network using the new service.

A Twitter user named David Lee asked Musk if Tesla cars will soon get this feature in the future. Can they directly connect to Starlink satellites for emergency calls and texts? Musk replied and said, “yes.”

Elon Musk’s second-generation Starlink satellites are currently planned to launch the following year. It will be capable of transmitting service using some of T-mid-band Mobile’s PCS spectrum.

This technology was also made possible by their acquisition of Sprint a few years ago, which strengthened their connectivity.

T-Mobile has issued a press release. It states that its satellite-to-cellular service will soon be available in all areas of Puerto Rico, Hawaii, the United States, parts of Alaska, and the territorial waters surrounding those three locations.

Also read: Jamtara season 2 all set to be released on Netflix. Date, other details here

See also  What Is CIDManager On and How To Stop It?
Related Topics: