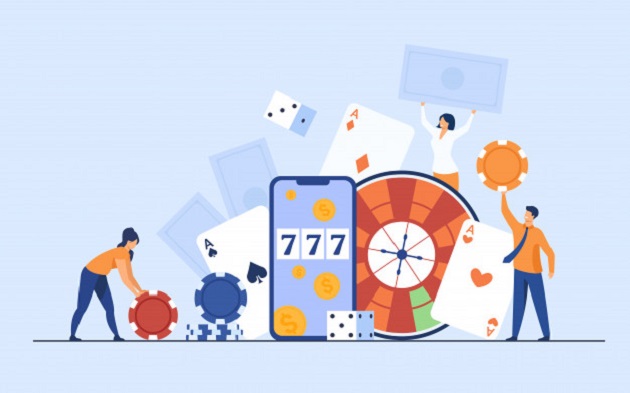 Roulette was invented in the 17th century by Blaise Pascal, a scientists who tried to create a wheel that could rotate continuously without using energy. He ended up with the roulette table. Over the years, roulette gained popularity among gamblers.

Both games operate using the same gaming rules. However, they have a few differences that set them apart from each other. And while the variances are minimal, you’ll notice there’s a significant change when you spin the wheel without winning. Let’s have a closer look at these two roulette tables and their differences.

When it comes to winning, your odds of getting a victory are 1 out of 37 on the European roulette. This figure gives the house an edge of about 2.7% over you. The odds of winning on an American roulette table, on the other hand, are 1 out of 38, which means that the house has a 5.26% edge over you.

To get a feel of European roulette, the more recommended version, play the classic version on demo mode Find an explanation here to find the game free of charge. Then you can decide whether to play it for real money or not.

The European roulette has 37 pockets, which start from 0 -36. Zero is colored green, while all others are painted red and black. These numbers are not arranged in chronological order. Instead, they criss-cross each other in no particular manner. The colors alternate between black and red on the wheel.

The American roulette, on the other hand, has 38 pockets. It has both a single zero and an additional double zero on it. And as is the case with European roulette, the zeros are green while other numbers are either black or red.

The number arrangement is slightly different from that on the European table, but this doesn’t give you an advantage over the casino. You’ll also notice that the single and double zeros are positioned directly opposite each other on the American roulette.

On European roulette, your payout is 35 -1, meaning that on top of your original bet, the casino multiplies your winnings by 35 and gives you their total as your package. Unfortunately, the payout is still the same on American roulette.

Looking at these figures, you’ll see that it’s more expensive to play American roulette because:

Here’s how things get interesting. Say you’re playing European roulette, and you place a bet on a red that has a 1 to 1 payout, and you stake using $200. Every time you spin the wheel unsuccessfully, you will lose $5.4. After 37 spins, you’ll have lost $199.8.

However, when you play American roulette, you won’t make it to 20 spins if you bet unsuccessfully using the same amount of money. Considering that the above figures are on the lower side, considering that you placed the lowest bet.

If you chose more complicated combinations, you’d risk losing significant funds in a single spin. Ensure that the variables are the same all through in both games to get consistent results.

According to many experts, the first strategy for making money in roulette is to stick to European roulette. In other words, stay away from the American version. It has poorer odds but the same payout rate as European roulette.

That said, there are different systems you can use on both European and American roulette. Some of them are Martingale, Fibonacci, Labouchere, and Reverse Martingale. There are conflicting testimonials on the effectiveness of each strategy.

Roulette is a game of chance after all. And that means no matter what system you use, there are no guarantees of winning.

So Which Between the Two is Better?

Considering that the payout is the same in both games, choosing the one that would cause minimal dents on your bankroll (European roulette) is the best idea. Some people would argue that the higher the risk, the better the reward.

That is true but only take this option if you’re playing using a predictable online roulette computer, also known as advantage play. The beauty of this option is that it increases your chances of winning significantly in such a manner that the number of rounds you lose wouldn’t count.

However, this would be considered cheating now that the table predicts the winning number, therefore; giving you a significant edge over the casino.

There isn’t any significant difference between European and American roulette tables, seeing that the features are almost similar and that the payout is the same. These two tables only differ when it comes to the house advantage.

But, you should note that even though the variance may seem insignificant, you will feel the effects after spinning the roulette wheel without any success. So, if you’re an average gambler, play safe and opt for the table that won’t deplete your bankroll too fast, especially if you have limited funds.