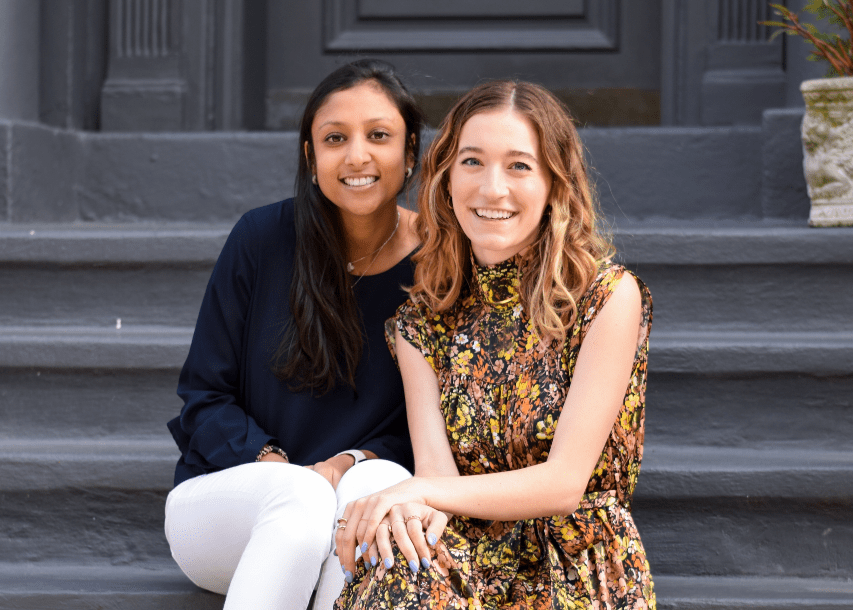 Evvy’s co-founder Priyanka Jain was recently a guest on the “Let’s Grab Coffee” podcast to discuss how, over the past two years, everyone began to focus on health care during the COVID-19 pandemic and how it’s a particularly good time to focus more on women’s health issues.

“I was dealing with a myriad of my own kind of mysterious health problems,” Jain said on the podcast, hosted by George Khalife. “As I started to do my own research I realized women weren’t actually required to be in clinical research in the U.S. until 1993.”

Jain says it was largely due to the variability of women’s sex hormones, which couldn’t be controlled in research studies.

“I come at this problem from a background in the data science and AI [artificial intelligence] world,” Jain says.

That background is revolutionizing women’s health care. Jain discussed the myriad ways Evvy is at the forefront of vaginal well-being.

1: Finding the Health Markers in the Female Body and Using Them in a Clinical Setting

“We should always look to scientific literature when we’re making decisions,” Jain explained. “When we say something is universally beneficial or not beneficial, really the next question should be: for whom? For so long, the answer to that was middle-aged, midsize white men.”

Jain noted Evvy’s primary goal is to change the way women and those with vaginas receive treatment.

“To this day, women are on average diagnosed four years later than men across 770 diseases. So many of our ways of understanding are based on the male body and not the female body,” she said.

Jain pointed out that while new research is being conducted, women continue to experience a gender health gap.

“Our first focus [at Evvy] is on the vaginal microbiome which, as you can imagine, doesn’t exist in people who are born with a male body, so we’ve never studied it and it turns out that it does have a lot of those markers of health and disease that we’re trying to make usable in a clinical setting,” she added.

Jain became frustrated with the spin cycle of doctors blaming her symptoms on not drinking enough water or being stressed and she’s working to make sure Evvy changes that.

“We haven’t had the tools in the past to do a better job,” Jain said.

2: Ensuring That the Vaginal Microbiome Is Treated Like an Immune System

“Most people have heard of a microbiome but if you think about the vagina overall and its role in the female body, we’ve evolved with this community of microbes that does a lot more than just hang out there,” she described. “It turns out that when your vaginal microbiome is in a healthy state, it’s dominated by certain protective microbes. It makes the vagina too acidic for pathogens to get in.

“Healthy microbes that thrive in that low acidic environment start to die off.”

Jain explained there are four things most doctors look at today when women and those with vaginas have vaginal health issues.

“If there is a problem down there, doctors ask if you have symptoms. What’s interesting is that up to 84% of women who have vaginal dysbiosis — meaning they don’t have that protective layer of vaginal microflora anymore — are asymptomatic,” Jain said. “We’re missing a huge percentage of people who are at risk. The second one is the whiff test, in which you look at if the bacteria smell. The third is looking under a microscope, and the fourth is looking at pH, which changes with semen and menstrual blood, you name it.”

3. Upending the Traditional Use of Antibiotics to Treat a Disrupted Vaginal Microbiome

“As you can imagine, that’s not very effective and up to 80% of women end up recurring and unable to rebuild that protective vaginal microbiome and end up with these really chronic, debilitating, scared-to-do-anything [situations],” Jain said. “It’s a perfect example of female health care research being left behind.”

4. Using Metagenomic Sequencing to Share the Entire Composition of the Vaginal Microbiome

“Anyone who is curious about their vaginal microbiome can order the test directly. We sequence the entire genome of all the microbes we find and we can share what percent of those are healthy and protective or disruptive,” Jain stated.

5. Encouraging Women to Advocate for Themselves Through At-Home Testing

“A lot of our customers are telling us their doctors have told them it’s in their head or they don’t believe it’s real,” Jains said. “[Evvy is about] helping them to know what to ask for and how to talk about their symptoms so they’re able to get the care they deserve.”

“When you’re suffering from this, it is miserable, and trust me — my whole team has been there,” Jain added. “We’ve all been there and where there is the research, we should be giving access to women and helping them understand what we know and what we don’t know.”

Xiaomi Electric Scooter 4 Pro will be launched in Europe soon, know what will happen

JP Morgan plans to invest heavily in the crypto segment

What Can You Trade?