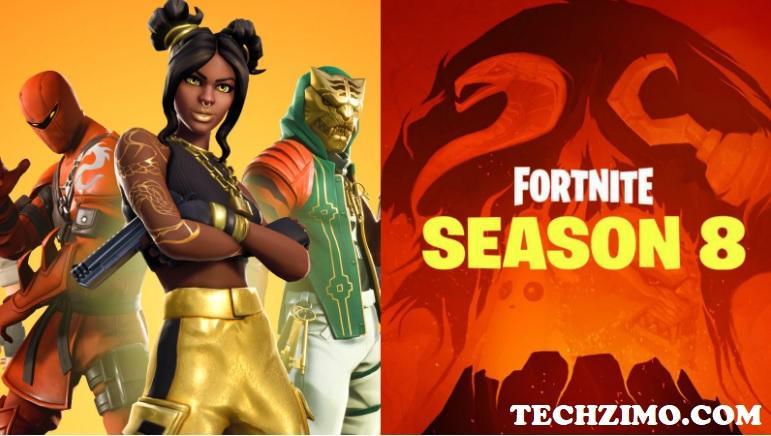 Hey, Gamers! Fortnite’s new Season is almost here. Already new teasers and new themes have got viral on the Internet. Eager to know what’s new Fortnite Chapter 2 New Season has brought with it? Then Congratulations! You have landed the correct page. Recently new Themes of Fortnite Chapter 2 Season 8 has got leaked. Here’s everything we know about Fortnite Season 8.

When does Fortnite Season 8 start?

Fortnite will make many map changes with Chapter 2 Season 8. Catering to an ancient Egyptian theme, players might witness pyramids in the next season. Moreover, Halloween will arrive during the new season. Hence, it is safe to assume that Epic Games will leave no opportunity to make things scary with the Sideways. There are also reports that the skies of Fortnite Island in the upcoming Season might be changing. According to the leaker HYPEX, UFOs are gonna make an entry in this new season.

The popular anime character was rumored to be unveiled in Fortnite this season. However, due to several complications, his arrival was put in jeopardy. But clearing all doubt, Naruto is finally on the verge of making his debut in the popular Battle Royale game.

Alongside new items and cosmetics, Fortnite might also release new locations for the season 8 map, according to leaks that have surfaced on the internet. The new season will come with major map changes, including a rumored pyramid POI and two more new POIs, that also point towards the theme of the upcoming season 8. The latest addition to the Marvel crossover skins in Fortnite will be Shang-Chi. Shang-Chi and the Legend of the Ten Rings is a new superhero movie from Marvel Studios.