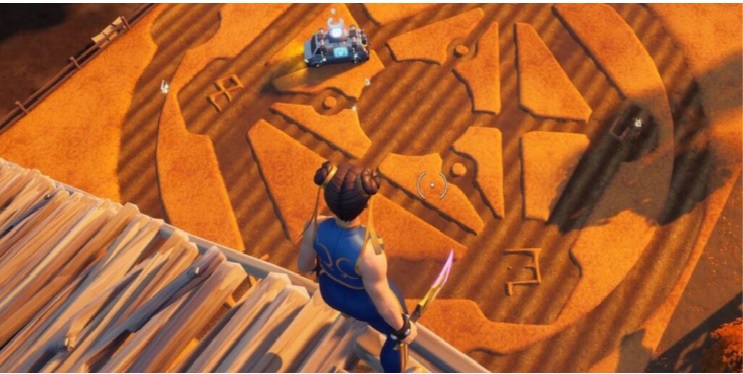 Fortnite continues to collab with popular movies, TV shows, anime, and other video games. With the help of these crossover events, the Fortnite developer also adds skins based on well-known characters to the game.

The game developer has also added game skins based on Marvel characters to Naruto, and the collab is now live in Fortnite with Dragon Ball. Goku, Vegeta, Bulma, and Berus have been added to the game with this crossover. Let us know about this collab in detail.

The biggest highlights of the Fortnite x Dragon Ball crossover are the skins of Goku, Vegeta, Bulma, and Beerus. Goku’s skin is from 2000 V-Bucks and Vegeta’s skin is from 1800 V-Bucks.

The Fortnite x Dragon Ball crossover is now live. Along with this, Dragon Ball Adventure Island has been added to the game. Here players can ride Goku’s iconic Nimbus Cloud, use emotes based on Saiyan Fusion Dance, as well as use familiar items from the Dragon Ball universe in different ways.

With all this, players on Dragon Ball Adventure Island will be able to use Goku’s special move Kamehameha. Mater Roshi taught this move to Krillin and Goku, who is then used by the new generation of Saiyans — Gohan, and Goten. This special move is one of the most popular attacks not only in the Goku or Dragon Ball series but in the entire anime world.

See also  Less than 1% of Subscribers are Playing Netflix Games

But the biggest highlight of the Fortnite x Dragon Ball crossover is the skins of Goku,

Vegeta, Bulma, and Beerus. Goku’s skin is from 2000 V-Bucks, Vegeta’s skin is 1800 V-Bucks, Beerus’s skin is 1500 V-Bucks and Bulma’s skin is 1200 V-Bucks. There are also different outfits for these characters, which players can buy in bundles.

Many quests have also been added to the game. You can get tons of rewards based on Dragon Ball by participating here. The biggest of these prizes is the Shenron Glider. It is based on the wish-fulfilling dragon of the Dragon Ball Universe.

Until now, four skins/outfits have been confirmed for the Dragon Ball x Fortnite collaboration. The first two were Goku and Vegeta, while Beerus was third.

As for the fourth one, while all indications point to Bulma,

leakers are skeptical about it. While there is some proof of it being her, it’s not a guarantee.

Aside from skins/outfits, according to leakers, two Gliders will also be added for the collaboration. The first one to be confirmed is Attack Ball. In the franchise, these are used for interstellar travel, and the occupants were low-level Saiyans sent as pathfinders.

The other Glider is speculated to be Frieza’s Spaceship, but there’s no confirmation of the same.