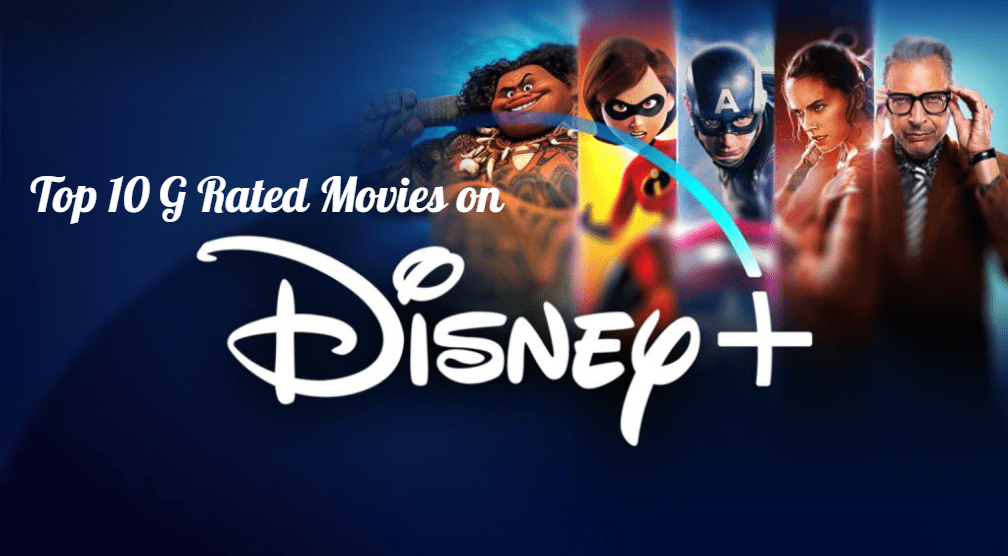 There’s no denying that in a world full of PG-13 and R-rated films, it can be difficult to find good quality movies the whole family can enjoy together. But fortunately, there are some G Rated Movies on Disney Plus that are perfect for those looking for a wholesome movie night.

The modern voluntary movie rating system was first commenced in 1968 and until then, it has gone through several refinements over the years. However, since the beginning of this system, G-Rating has always indicated that a film is appropriate for viewers of all ages and doesn’t require any parental guidance.

Once used to be moviemaker’s top priority, G-Rated movies have now taken a back seat as directors love adding nudity, abusive language, and other oo-so-cool content to the movies. While such films attract adults and the young generation, it automatically limits the option for kids.

But don’t worry about it as we are here to help. Our experts have compiled the best collection of G Rated Movies on Disney Plus so you and your family can enjoy the gathering together without facing any awkward moments.

What is Disney Plus error 401 and how to fix it?

What are G-Rated Movies?

Since there’s a slight difference between PG and G movies, it’s important to understand what exactly this G-Rating is about so you can select the movie appropriately. G-Rated movies are referred to content that is suitable for all ages.

They usually have no violence, sex, or bad language. G-rated movies are a great option for families with young children who want to enjoy a movie together.

These movies usually have a positive message and avoid offensive language. They may also be devoid of any controversial topics that could offend.

The 10 Best G Rated Movies on Disney Plus

Are you trying to figure out the best G Rated Movies on Disney Plus? Keep scrolling the page and find the list of the top 10. These options will make the best choice for your family get-together or a casual movie night with kids.

“The Lion King” is a classic animated movie that tells the story of a young lion cub named Simba who must take over as king after his father’s death. This heartwarming tale follows Simba as he grows up and learns the importance of responsibility and courage.

The Lion King was extremely popular when it was released and is still considered one of Disney’s classic movies. The film features some of the most iconic songs in Disney history, including “The Circle of Life” and “Hakuna Matata”.

2. Snow White and the Seven Dwarfs

One of the best G Rated Movies on Disney Plus, Snow White and the Seven Dwarfs is something that you can’t skip over when browsing through Disney Plus. The movie is about a beautiful princess who is forced to flee her kingdom after her stepmother, the Evil Queen, tries to kill her.

Snow White ends up taking refuge with seven kind-hearted dwarves. Together, they faced the Evil Queen and her henchmen, the Huntsman. It is a timeless story that has been loved by generations of children.

Cadet Kelly is a great G-rated movie that is perfect for the whole family. The movie follows the story of a young girl who joins the Junior Reserve Officers’ Training Corps (JROTC) at her school.

This heartwarming movie will leave you feeling good. The movie has a great message about overcoming obstacles and working hard to achieve your goals.

Rodgers and Hammerstein’s Cinderella is a classic Disney movie that is based on the story of Cinderella, who is treated poorly by her stepmother and stepsisters.

However, she never gives up hope that one day her dreams will come true. The movie is filled with wonderful songs and beautiful animation. It is a feel-good movie that will leave you feeling happy and inspired.

Counted among the not-to-miss G Rated Movies on Disney Plus, Toy Story 4 is the most recent addition to the Toy Story franchise. The movie picks up after the events of Toy Story 3, with Woody and the other toys adjusting to life with their new owner, Bonnie.

When Bonnie takes a road trip with her family, Woody ends up getting lost. He ends up going on an adventure with a new toy called Forky. Along the way, Woody learns what it means to be a toy, and he also learns the importance of family. Toy Story 4 is a heartwarming movie that is sure to please fans of the franchise.

The Little Mermaid is a classic animated movie by Disney. It tells the story of a mermaid named Ariel who dreams of becoming human. She makes a deal with the evil sea witch Ursula to become human for three days.

If she can find true love within that time, she will remain human forever. If not, she will turn back into a mermaid. The Little Mermaid is one of the most popular Disney movies ever made. It was released in 1989 and won two Academy Awards.

The movie follows a young clownfish named Nemo who lost herself in the Great Barrier Reef. After the incident, Marlin, her father, sets out on a journey to find him.

Along the way, he meets a friendly fish named Dory who helps him on his quest. The movie is a heartwarming tale of family and friendship. It is sure to leave viewers with a smile on their faces.

8. Beauty and the Beast

A classic animated film, Beauty and the Beast portrays the story of Belle, a young woman who is taken prisoner by a beast in his castle. Belle eventually falls in love with the beast and breaks the spell that was placed on him.

The Princess Diaries is a great movie for all ages. It tells the story of a young girl from San Francisco who discovers she is a princess. The movie has a lot of heart and is very entertaining.

So, how that girl becomes a princess and whether she’s able to handle all responsibility that comes along makes the entire storyline. This comedy tale of Garry Marshall grabs the audience’s attention and features a high volume of fantastic scenes.

Let’s wind up the list of the best G Rated Movies on Disney Plus with yet another classic name, Hercules. It is a 1997 American animated musical fantasy comedy film produced by Walt Disney Feature Animation for Walt Disney Pictures.

This animated feature film was directed by John Musker and Ron Clements and follows the character of the legendary hero Heracles, who is known in the film as Hercules.

So, that’s all about the G Rated movies on Disney Plus. No matter what age you are, it is easy to find something interesting and gripped in the Disney Plus collection. From classic animated films to heartwarming live-action tales, the list has it all to keep you glued to the screen.

So, grab some popcorn and get ready for a fun-filled movie night. For more such informational guides, keep visiting the page regularly.