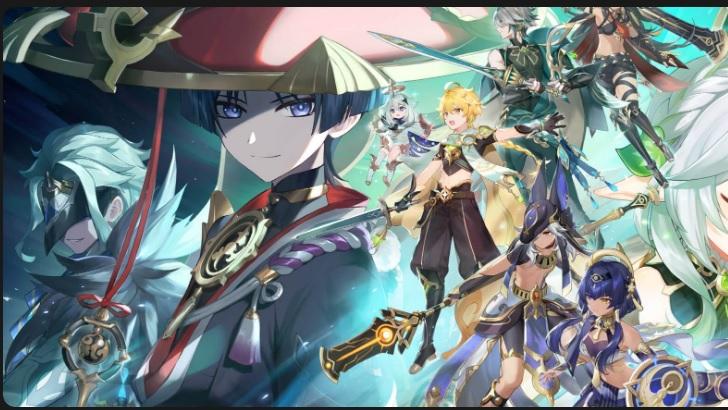 Genshin Impact is one of the popular games that are better known for regular updates.  It is not long before the developers release a huge Version 3.0 Sumeru update. That update was loaded with lots of fresh content. miHoYo is already moving forward towards yet another massive update. Genshin Impact Version 3.1 update is called “King Deshret and the Three Magi” and promises a plethora of anticipated additions.

This is one of the major updates that bring a new desert area, and more stories as well as adventures in Sumeru for players to explore. The latest 3.1 updates will also offer a lot of rewards, like free Primogems, as part of its anniversary celebration.

miHoYo shared a Livestream and trailer unveiling everything to come in the Genshin Impact Version 3.1 update. It looks highly promising with the addition of deserts, three new characters, Fatui Harbinger lore, powerful new weapons, formidable new foes, and many special events. Here’s everything you need to know.

Players will get to venture out into Sumeru’s desert regions when the Version 3.1 update goes live. The team at miHoYo focused on opposites when designing all aspects of Sumeru, and this remains true with the lush, green, lively jungles and forests of Sumeru now being contrasted with its harsh, dry, and sparse deserts.

The desert area will also have an Aaru Village. It is the largest settlement of the desert people and a safe harbor for exiled scholars and a wealth of information. People will continue to see Sumeru’s Archon Quest as more factions will make their appearances, including two Fatui Harbingers, Il Dottore, and Scaramouche.

Nilou, Cyno, and Candace, the local characters of the Sumeru region, will also become playable. The developers have revealed that more characters will be available with the new update. Nilou will be joining as a five-star Hydro playable character, combining her dance moves with swordsmanship. General Mahamatra Cyno will also be there for combat as a five-star Electro polearm wielder. Players will also see him in a brand-new trading card game that will be revealed in Genshin Impact 3.3 version.

Candace, who is the half-blood descendant of King Deshret, will also debut as the guardian of the Desertfolk and Aaru Village.

The latest Genshin Impact 3.1 update will bring a total of four events. There will be a new “Wind Chaser” event that will challenge participants to manage the energy of the wind in a special Domain. Players will also see a “Star-Seeker’s Sojourn” event that will help a young girl fulfill her wish in searching for the Future Stars.

The new version will also offer an “Of Ballads and Brews” event that will include rewards. Players will get weapons such as Missive Windspear, ascension materials, Primogems, and Talent Level-Up materials. Lastly, Genshin Impact is bringing back the Hyakunin Ikki event. Under this event, players need to defeat their opponents under a given time

The developers reveal that the game will reward the player with Spiral Abyss if they complete Floor 4, Chamber 3, with the opportunity to recruit Collie for free.

Also read: How Apple iOS 16 Lockdown Mode Works? How to Activate it?