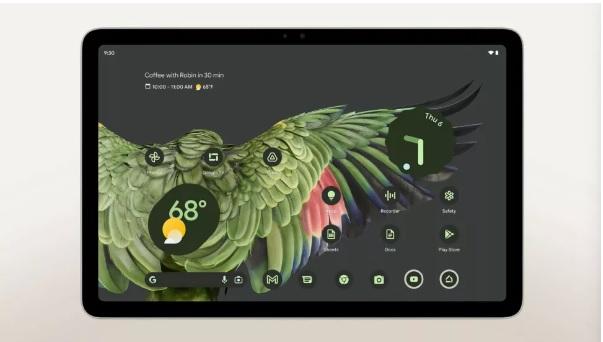 Search giant Google is planning to redesign Play Store’s interface for tablets and foldable by 2023. Google has detailed some features coming to the app store on tablets, foldable, and Chromebooks. According to the firm, the revamped version is based on a content-forward approach, which will better represent the app in the store and help users make install decisions accordingly.

The company shared a single (low-res) image highlighting the changes coming to the Play Store for tablets and foldable in 2023. This would be a significant upgrade over the current Play Store design for tablets, which still seems to be relying on the blueprint of its smartphone counterpart.

The upcoming update will redesign the Google Play Store for tablets by including screenshots, videos, and descriptions directly in Apps and Games Home. The changes are not said to impact the promotability of the app, but the way it is displayed in the Play Store

The revamped Play Store app will arrive for Tablets, and Foldables soon

The current Play Store tablet design is nothing but the Play Store for smartphones stretched for a big screen. The screenshot shared by Google also revealed the presence of a dedicated Kids section, situated at the bottom of the left sidebar with the Games, Apps, Books, and Offers.

ChromeOS tablet users will be able to upload Chromebook-specific screenshots in Play Console. Developers recommend using 16:9 screenshots with dimensions of up to 1080-7690 pixels  This will allow up to eight screenshots that will appear on both your app listing page and Play homepages.

See also  6G network is coming, internet speed is 50 times faster than 5G, know what will be the benefit

Google has also revealed a dedicated Kids section to include in the Play Store.

As for phones, the Play Store will continue the form-factor-specific homepage, a “dedicated surface on phones for users that have additional non-mobile devices.” It allows users to filter for apps that can be found on other devices like smartwatches, TV, or cars.

Talking about availability, the Play Store refresh for large-screen devices will be going to be available with the release of the Pixel Tablet early next year. There are chances that it may arrive with the Pixel Fold which is going to arrive by the end of Q1 2023