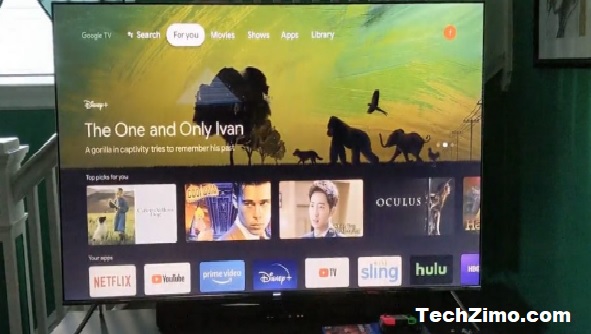 Google, the Alphabet-owned tech giant is looking forward to adding live TV channels to its streaming service called Google TV. Google TV is a smart television platform that is based on Android and runs on Chromecast. Selected smart TV sets from TCL, Sony, and other manufactures also support Google TV.

To achieve this, Google has held talks with companies distributing so-called FAST (free, ad-supported streaming television) channels, according to multiple industry insiders. These channels have the look and feel of traditional linear TV networks, complete with ad breaks and on-screen graphics. These efforts are similar to what Samsung offers with its TV Plus service every month on its smart TV range.

Chromecast users might be able to browse live channels available to them through a dedicated menu similar to YouTube TV. Meanwhile, smart TVs powered by the platform might show the free channels alongside another over-the-air programming that can be accessed with an antenna. It’s extremely likely that users will see this UI upgrade in countries around the world in the next few weeks.

It’s pointed out that this is an approach that has worked out very well for Google’s competition in the space. Samsung says that its users stream “billions of minutes” of free live TV through the company’s “TV Plus” service, and Roku and Amazon have been building out free channels for quite some time now. It is not known what channels Google intends to offer through this service.

Google TV UI uses that aforementioned “For You” tab as its home screen and then breaks out specific pieces of content into dedicated shows, movies, and live tabs, rather than collecting them all in one place. It also makes it easier to get to your purchase content through a library tab that Android TV lacks. The addition of free channels will give Google an upper hand over the others.