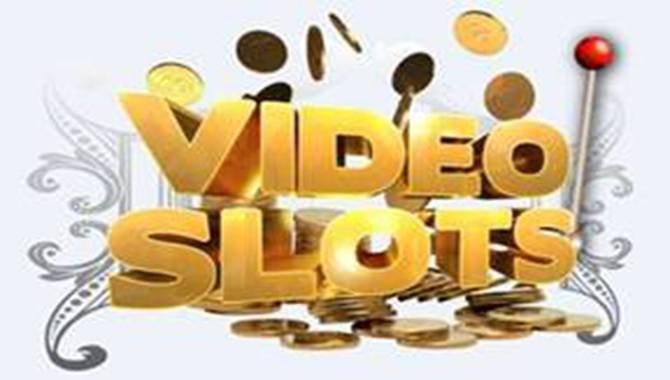 Online slots are a relatively new form of gambling. They have only been around for the last two decades and they have quickly become one of the most popular forms of gambling with millions of people playing them every day.

There are currently around 20,000 online slots available on the market produced by more than 300 slot studios (such as Netent or Microgaming) with more being developed all the time. This means that there is something for everyone with a wide range of themes and prizes to choose from.

How many slots each software provider has produced

We won’t go through each software provider as there are more than 300 of them. However, we will list the leaders of the market to give you an idea of how many slots each of them has in the portfolio.

(all data below is from www.casino-howto.com)

Netent: 200+ slots. It is famous for record-breaking jackpots (for example, a player has won €2.6 million jackpot)

Microgaming: 800+ slots. Microgaming is the world’s largest supplier of online gaming software. They provide their services to more than 60% of the world’s online casinos.

Yggdrasil: 160+ slots. Yggdrasil Gaming is a Swedish company that produces slots for online casinos. The company was founded in 2013 and has since grown to be one of the most reputable slot producers in the world.

Quickspin: 70+ slots. Quickspin has been a dominant force in the industry for years now, with its slots being available on all the big online casino platforms including 888, Betfair, PokerStars casino.

Spinomenal: 150+ slots. Spinomenal is an international slot producer with more than 7 years of experience in the gaming industry.

Blueprint: 75+ slots. Blueprint Gaming has produced a number of slot games, including titles such as: Gorilla Gold Megaways, Wild Antics, and Fishing Frenzy.

Amatic: 300+ slots. Amatic Gaming is one of the leading slot producers in the world. They have won over 100 awards for their work and are constantly innovating with new technologies to deliver an immersive gaming experience for users.

Rabcat: 20+ slots. Rabcat is one of the leaders in the slot machine industry. Rabcat has been in operation since 2001 and they are best known for their work in 3D graphics, which provides players with a more realistic experience. Not too many slots but all of them have awesome graphics.

EGT: 250+ slots. EGT is a slot producer that specializes in casino games. The company offers a variety of games including 3D slots, video slots, and classic slots.

1×2 Gaming: 180+ slots. 1×2 Gaming is another Swedish company, not the best RTP but the gameplay is quite fascinating.

Relax Gaming: 120+ slots. Relax Gaming is a slot producer that has been in the industry for more than 10 years. They have developed over 120 slots and have licensed their games to many other gaming providers.

IGT: 270+ slots. IGT is a slot producer that has been operating for over 40 years. They have created some of the most popular slots in the world, such as “Jacks or Better”, “Lucky Larry’s Lobstermania” and “Wheel of Fortune Triple Extreme Spin”.

BigTimeGaming: 90+ slots. BTG is a big innovator in the online casino industry. They have introduced slots with the Megaways feature.

Elk Studios: 50+ slots. Elk Studios has produced more than 50 games with an extensive portfolio of slots. They have created games for some of the most popular online casinos in the world, including Bet365, William Hill, 888Casino.

Endorphina: 80+ slots. Endorphina has developed over 80 slot games, which are played by millions of people every day on land-based and online casinos around the world.

NolimitCity: 50+ slots. NolimitCity is known for crazy maximum winning in non-progressive slots. For example, on Mental, you can win up to 66,666 of your bet!

Pragmatic: 80+ slots. Pragmatic is very famous for its 5-reel slots (most of their slots have exactly this layout).

Playngo: 200+ slots. The Playngo’s slots look very modern, have amazing graphics and have very intriguing gameplay. Truly a leader in the industry.

Betsoft: 250+ slots. Betsoft was founded in 2006 and has grown to be one of the largest slot producers in the world. The company has offices around the world, including in Malta and Curacao. They have more than 250 games available on both desktop and mobile platforms. Betsoft is known for its video slots, which are popular with players.

Red Tiger: 200+ slots. Red Tiger is a slot producer that offers a wide range of slots for different markets and tastes. The company was founded in 2014 and is based in Malta.

Merkur: 150+ slots. Merkur Gaming is one of the leading slot producers in the world. It has been in business for more than 15 years and it has created more than 150 games.

Playson: 70+ slots. Playson is a slot producer that was founded in the year 2012. They are known for combining traditional slot machine games with video slots. The company has also been involved in developing other games such as table games, poker, and casino management software.

Summing up, our absolute records men are Microgaming with more than 800 slots in the portfolio and Playtech with around 700 slot games.

Many software providers have reached the 100 slots mark.

How many slot studios are operating

There are around 30 well-known truly leaders of the market, around 70 relatively big slot studios and around 200 rather small slot producers.

Are all slots still available for online casino players?

Some slots are quite old (have been produced more than a decade ago) so they have been depreciated. So to speak, not all 20,000 slots are currently available for players. By our rough estimates, around 15,000 are still offered at online casinos.