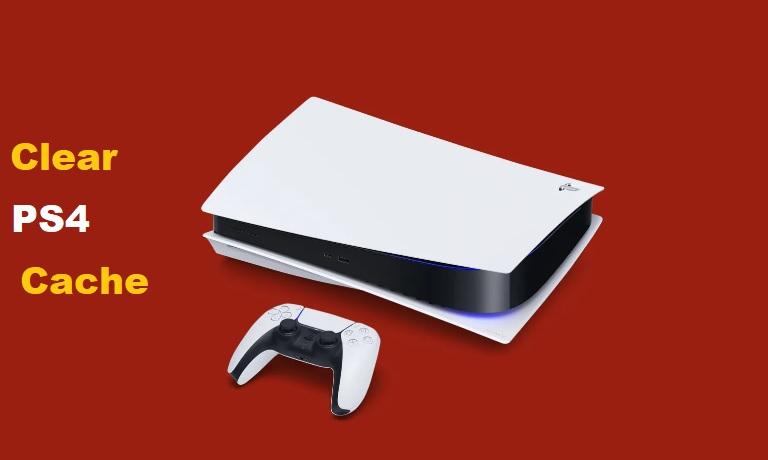 In the current scenario, the craze for Online gaming is on the next level. To play these games, the demand for video game systems is on the hike. Sony PlayStation 4 is the most successful gaming system in terms of sales. However, players are eager to know how to clear Cache on PS4.

Despite all the great things, you might notice that your device starts running very slowly after some time. This completely ruins the gaming experience.

If your device is running slowly and showing an Error message, you must clear the cache on your PS4.  Don’t know how to clear Cache? Don’t worry! Today in this guide, we will share easy and quick tips to clear Cache on PS4.

What is Cache Data?

Cache Data is a temporary storage that loads pictures and icons to make webpages, menus, and games start faster than they would normally. Basically, Cache data aim to speed up the loading process. You might aware of the fact that Each device and the app has its own Cache that stores temporary data.

Why is there a need to clear the  Cache of PS4?

Gaming Platforms are used to store Cache that helps in loading the game faster. However, when the Cache storage gets full, it has the opposite effect. The device starts working slowly. However, clearing the Cache data will solve lots of problems and issues. It includes:

How to Clear Cache on PS4?

Disappointedly, PS4 does not provide any option in Settings to clear the Cache; players need to fix it manually.

Step 1: Turn off your device

First of all, you require to shut down the device completely.  For this, press and hold the PlayStation button on your Controller. From the given options, select Turn off. After this, a light starts blinking. Just wait until the light stops blinking.

After this, you are required to unplug the power cord from the Console and wait.

Step 3: Turn on the Console

After 30 seconds, plug in the cable again and launch your PS4 device. This step will automatically clear all the cache files.

How to clear the Cache of a specific game on PS4?

Some players used to play only a few games on their devices. If you want to clear the Cache of a particular game, it is possible. The steps are:

Q1: Why should we clear the Cache of our PS4 device?

PS4 devices are used to store bits of temporary data as we play games. These temporary files are used to improve the gameplay of the players. But as you play more and more, cached data becomes clogged up and corrupted. This results in lots of issues such as game freezes and slow and unsuccessful game loads. To solve these issues, we need to clear the Cache data of the PS4 device.

Q2: How do you clear the Cache on Xbox One?

Well, that’s how you can clear the Cache on PS4. For a better gaming experience, clearing the cache data on your device is necessary. I hope this post proves to be helpful to you. Keep sharing this post with your friends and Colleagues.