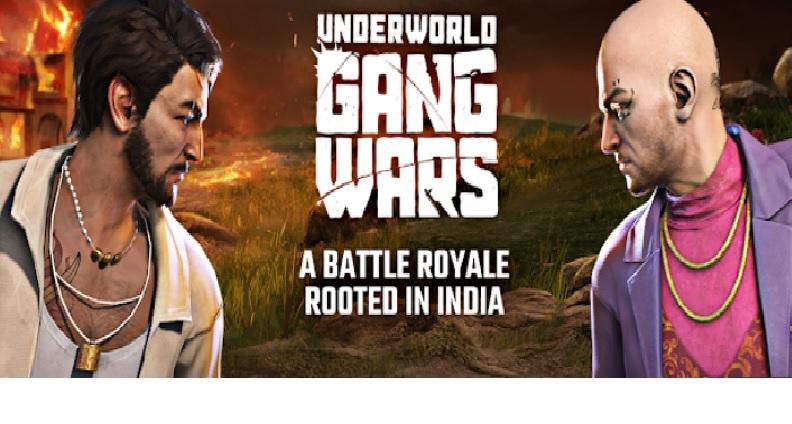 Mayhem Studios last week released the teaser for its first battle royale mobile game, Underworld Gang Wars pre-register. Now the cinematic trailer of this game has been released and its pre-registration has also started.

Underworld Gang Wars is a battle royale shooting game based in the Indian region, where players will find characters based in India. According to the game developer, these characters will be inspired by stories from India. Let us know about it in detail.

Mayhem Studios has released the trailer of the game on the official YouTube channel of Underworld Gang Wars. Here we see a war between two gangs. In this, the leader of “Bhaukaal Toli” “Tyagi” and the leader of “Velvets” “Boris” are face to face.

Tyagi and Boris have different outfits but their style seems to be inspired by Bollywood movies. Game developer Mayhem Studio says Underworld Gang Wars will be an AAA battle royale game.

Things like guns, milli weapons, cars, and bombs are also visible in the game. All these elements are also available in the already existing battle royale games like BGMI and Free Fire MAX in the country. Along with this, at the end of the trailer, we also see other characters descending from the sky with the help of a parachute. You can watch this trailer in the video above.

Mayhem Studios has already announced that the pre-registration for Underworld Gang Wars will begin on May 22. It is now live on Google Play Store. To pre-register the game, Android users will have to go to Google Play and search Underworld Gang Wars. After this, you have to press the Pre-register button present in front of the game. There is no information about the presence of this game for iPhone yet.

See also  WhatsApp bans over 18 lakh accounts in India in January: Here’s why

Recently the teaser of another Indian battle royale game Indus has also come. This game has been created by Indian developer SuperGaming. Along with the gameplay of Indus in the new video, a teaser for a weapon named Judgment has also been released.

Mayhem Studios has released the trailer of the game on the official YouTube channel of Underworld Gang Wars. Here we see a war between two gangs. In this “Bhaukaal Toli” leader “Tyagi” and “Velvets” leader “Boris” is face to face.