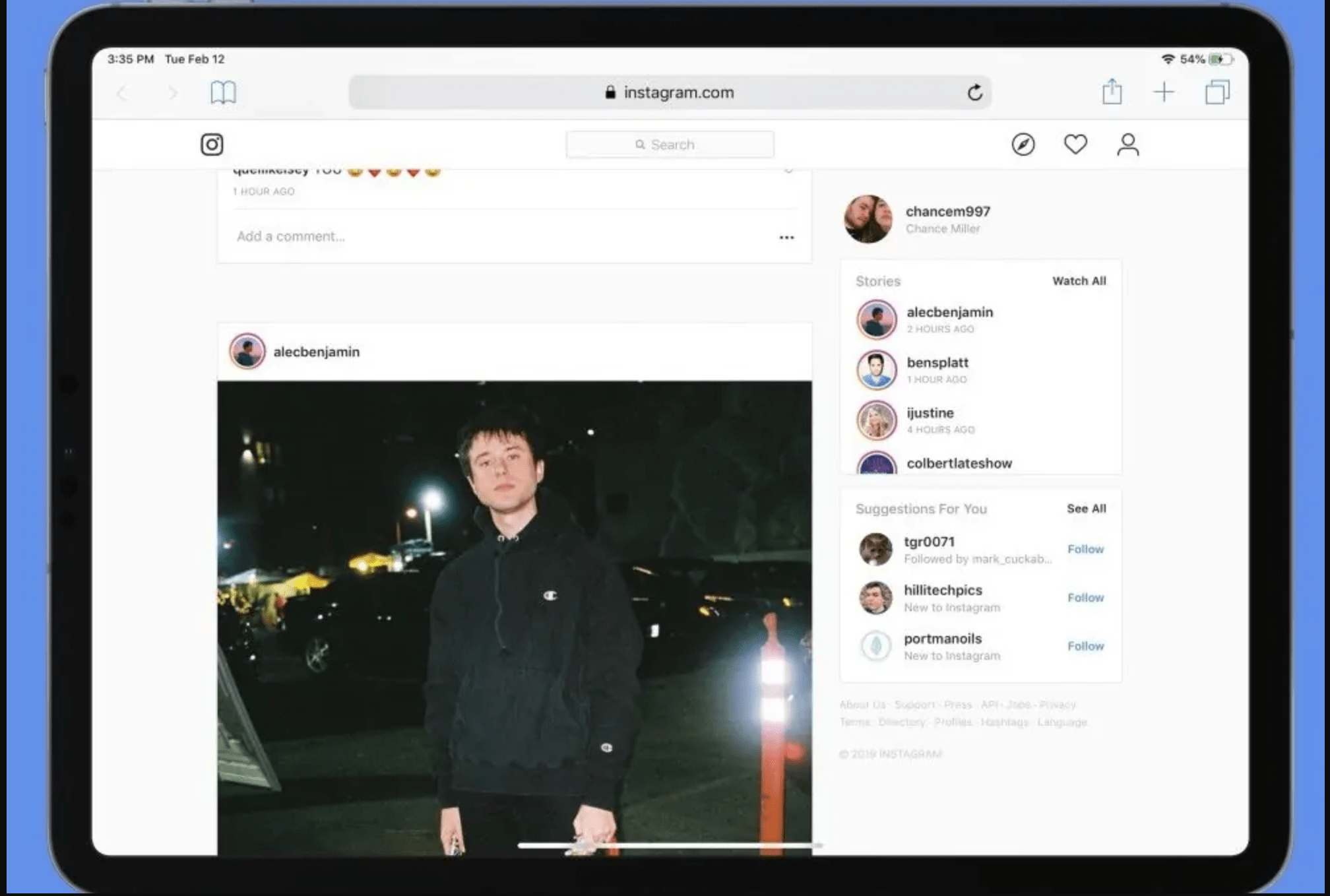 Instagram said that it is developing a new web client interface.

The Verge noted that the new interface has a panel on the left rather than the top right. Existing tools like DMs (direct messages), explore, new posts, and notifications are included in the panel. Notably, the panel now has both text and icons, which makes it simpler for users to comprehend the precise functionality. The Stories panel is still located at the top for users. Regrettably, Instagram’s online client still lacks a specific panel where users may see Reels, the platform’s response to TikTok.

Instagram’s CEO has clarified that an iPad app isn’t a huge priority for the company, but it is at least doing something to improve the big-screen experience. Some people, including a few members of The Verge’s staff, have started noticing a slightly redesigned version of Instagram for the web, which features a navigation sidebar with links to pages like search, explore, messages, and notifications instead of having those as unlabeled buttons at the top.

The design is relatively similar to how Twitter is laid out and definitely seems more at home on a bigger screen — you get more info about what the buttons are and what they do, and the options to access settings, your saved posts, or the ability to switch accounts have been moved to a “more” menu rather than being hidden under your profile picture.

Users Of iPad are Again in pain.

Unfortunately, but not surprisingly, the company did not mention intentions to publish specialized software for tablets. Therefore, if you’re still waiting for that iPad app, utilizing the service through a tablet’s browser will at least be more enjoyable.

Since the iPad and Instagram exist, people have been requesting an Instagram app. However, the corporation has stuck to its guns and has maintained that it has no plans to create such an app. It’s an incredibly weird situation for the firm to be in, considering that Instagram is one of the few big social media platforms that doesn’t offer a tablet-specific app.

The New Design is More Attracted As Compare To the old one.

The new design appears compact and modest, as seen in a screenshot. A spokeswoman is cited in the paper as saying, “We are always working on ways to improve the user experience on Instagram.com, and we recently made modifications to modernize Instagram.com, including refining the navigation, optimizing the video experience, and creating a more immersive method to DM.”

Unlike the previous layout, most of these settings are dispersed over top and bottom panels in the app UI. The software also provides a wide range of editing capabilities and the capability to post articles.

This week, Instagram experienced a significant outage, and some users reported that their accounts had been mysteriously suspended. Many customers could not access their accounts after hitting the “disagree with the decision” button, which led to significant panic. Later, the Meta-owned firm made it clear that the glitch that rendered Instagram accounts unavailable for almost two hours was the cause. Users in India and other nations have experienced this problem. However, it has already been resolved.

It goes without saying that this isn’t quite the same as having dedicated tablet-specific software, but it does seem like a step in the right direction. Anyone who has to interact with the desktop site on Instagram will probably like the inclusion of bigger and more precise touch/click targets. Instagram has been gradually and steadily enhancing the browser experience.