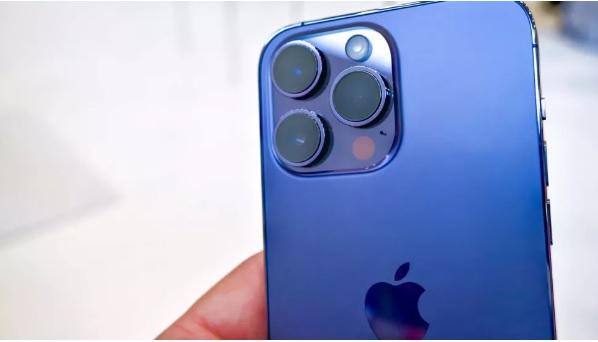 A few months after the release of the Apple iPhone 14 Series, speculations about the upcoming model iPhone 15 already started snowballing on the Internet. iPhone 14 Pro and Pro max are the hottest phones in the market that arrives with brilliant Cameras and other exciting features.  iPhone 15  Pro will take almost a year to launch officially. However, some insiders believe will be a lot different from the iPhone 14 Pro.

There are rumors that Apple will include Dynamic Island in every iPhone model rather than just pro devices. Also, it is expected to use USB-C instead of Lightning. Despite Apple’s veil of secrecy, there are some things we do know about the iPhone 15 Pro range.

There are several rumors circulating on the Surface that iPhone 15 Pro models could arrive in a titanium body. It also features a rounded-edge design similar to the MacBook Pro lineup. The back edge would curve slightly as it meets the back glass panel. This titanium material is around 35 percent costlier than the stainless steel that is used in iPhone 14. This titanium body will make the phone more durable and lighter in weight.

The European Union has passed legislation that requires smartphone manufacturers to adopt the USB-C port as a uniform connector by 2024. After this, the California-based company has finally taken a move to bring USB C Charging Port after a decade of using a Lightning port. This new port is going to replace 30 pin Connector and will be going to offer additional features such as a reversible port and a more water-tight enclosure.

Supply chain analyst and sometimes leaker Ming-Chi Kuo shared that Apple may introduce USB-C to the iPhone in 2023. It isn’t clear if this is based on supply chain data or a leak

Touch ID Instead of Face ID

Apple is going to replace Face ID with Touch ID which it introduced with iPhone X. No doubt, Face ID is much more secure than Touch ID. This needed to see a user’s eyes, nose, and mouth to unlock the device. This causes problems during Corona Pandemic when iPhone users around the globe donned masks. The users complained that are unable to unlock their phones and demanded Touch ID.

Apple offers solutions for Apple Watch users. If Face ID detected the user was wearing a mask, it would verify if the Apple Watch was authenticated and then unlock the iPhone. However, the solution is applicable to only Apple Watch wearers.

To solve this problem, Apple announces a new version of Touch ID. According to Analyst Ming-Chi Kuo, Apple will implement touch ID in its upcoming iPhone 15 models.

The Company is going to bring major changes to the Cameras of the upcoming devices. The upcoming iPhone 15 models will have much longer Zoom Capabilities. Apple will use periscope and algorithms to enable clear capture of subjects at 100x magnification. Ming-Chi Kuo first indicated that this technology will arrive in iPhone 14 now the prediction pushed back to iPhone 15.

Apple brings a new feature of Dynamic Island exclusively to iPhone 14 Pro Models this year. The notch was replaced by a pill and hole punch sensor housing in the display. There are rumors that suggest that Apple will do away with the notch entirely in the “iPhone 15” lineup. This would mean every iPhone would get the Dynamic Island in 2023.