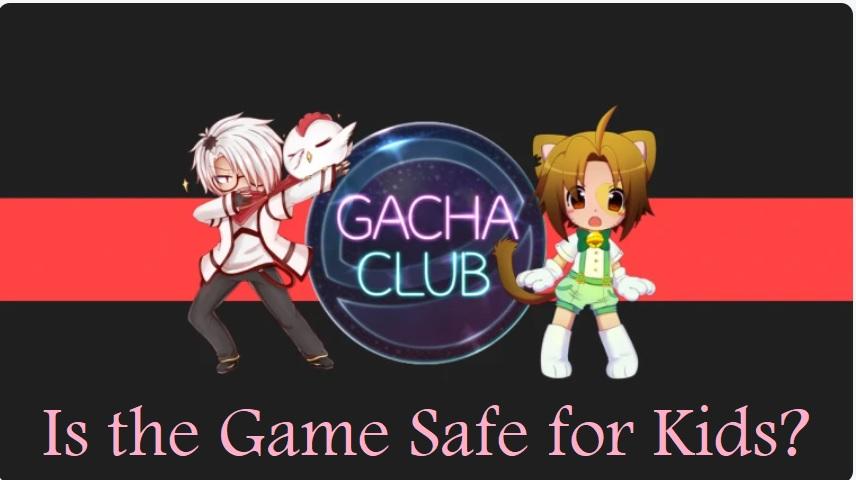 Today Gaming Community is truly hailing the world. You will find millions of game options according to the genre. However, it is true that not all games are appropriate for kids. Internet bullying, addictions, uncontrolled ads, violent content, and adult content is the major reason for Every Parents’ worries. Gacha Club is one of the popular Anime games that have a large fan following. According to the Statistics, most teens, and children are great fans of this game. So, Parents are really want to know Is Gacha Club Safe for their kids.

Today parents are really concerned about whether the games their kids are playing are good for them or not.

Today in this guide, we are going to share genuine App reviews for Gacha Club. By the end of the post, you will be able to decide whether Gacha Club is safe for your kids or not. Moreover, we are gonna share some helpful tips to keep your child safe while gaming. So keep the post till the end.

Gacha Club is a Customizable role-playing game that is available for Android, and iOS devices. The gameplay is split into three parts- Character Customization, Battle, and Mini Games.

Under character Customization, players are allowed to customize the appearance of up to 10 Characters. The beauty of the game is that you can customize your chibi as per your choice. It is a quite deep process that includes multiple steps such as selecting the character’s skin tone, changing the size of their head, designing the costume, selecting the best hairstyle, choosing the accessories, and more.

After Customizing their Characters, you can enter the Games Studio. This Studio let you create many scenes with different backgrounds. Next, you enter the game’s battle mode, and your units will start attacking the enemies automatically. You can even collect the items to upgrade your unit.

Gacha Club Mini Games is the final mode that lets you play things like a memory match game and a dancing game to earn in-game currency.

Read our guide on How to create Gacha Club Characters here

Are you looking for the best Gacha Club Outfit Ideas with Codes? Then read our post here

Is Gacha Club Safe for Kids?

Parents are not happy due to inappropriate elements in the game. However, the problem is not with the game itself. There are ten of thousands of YouTube Videos which tells stories that include inappropriate, sexual, and adult stuff. It is fear that if their kid by chance exposed to this disgusting stuff, they get addicted to it. This will definitely infect their dreams and their future Career.

The game does not include any inappropriate stuff but the stuff regarding games on other platforms is not at all safe for the kids. It is important that Parents should involve in a conversation with their kids about what they are doing online, and whom they talk to.

Parents’ Reviews of the game

Parents are really worried that what will happen if their kids head toward YouTube or Google Gacha Club Videos. It is quite possible that their kids will indulge in pornographic versions of Gacha video content which is quite disturbing.

However, there are some parents who do not like the anime feel of the game (However, they are some exceptions).

Tips for Parents to protect their Kids from Online Danger

Today Internet is full of useful as well as harmful content that is inappropriate for kids. So as a parent, it is our duty to protect our kids from online danger. Use these helpful tips for the safety of your kid:

Parents really need to keep a check on their Kid’s activities. There are lots of Parental Control Apps available on the Internet that lets you control your kid’s phone. These apps run in an undetectable manner and let you check kids’ online activities such as tracking browsing history secretively. Besides this, it is also possible to spy on their contact persons, text messages, contact lists, call logs, media files, and social media accounts.

It is suggested to spend a good time with your kids, supervise and trained them on what to not do while playing games and surfing the Internet. Encourage your child to use mobile in an open place. Teach your ward to stay away from adult games and keep the GPS of their device turned off.

Q1: Who made Gacha Club?

Q2: What age restriction is with Gacha Club?

To play the Gacha Club game, the child’s age should be 10+.

Q3: Is the Chat feature available in Gacha Club?

Initially, the game includes a Chat feature. However, due to Abusive, and Vulgar comments, the developer chooses to hide this feature. Presently, it is only available in Gacha World, Gacha League, Gacha Resort, Pocket Chibi, and Gacha Life.

Today’s reality is that every kid-friendly game will be used to make inappropriate content. That’s why we can’t stop kids from playing these games. It will be a good idea to offer your phone to kids for playing games. Otherwise, Parents can use various Parental Control apps to keep their children safe while also letting them have fun at the same time.