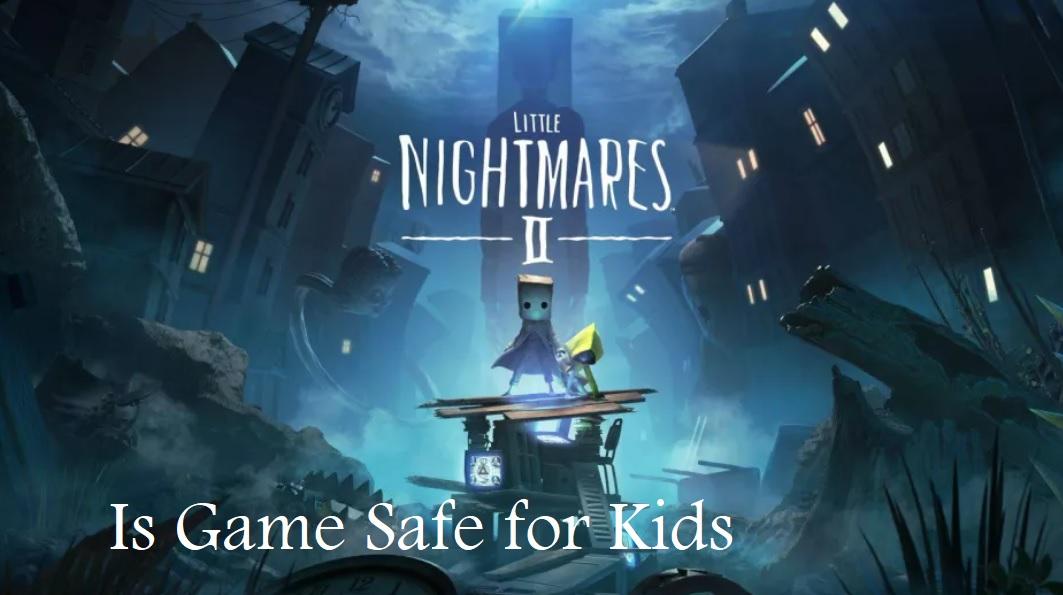 Is Little Nightmares 2 Safe for Kids to play? What should be the appropriate age to play this game? If such questions are also wondering in your mind, then you arrived at the right place. To get answers of all your queries, you need to read the post till the end.

A Quick Overview of Little Nightmares 2

The atmosphere and visuals of the game are so strong that it keeps the players engaged till the end. Like the previous game, it is a 2.5 D puzzle game with more intense gameplay. Unlike the previous game, Tarsier Studios has added a companion in the sequel. Along with Six there is another playable Character- Mono.

Together they move to the strange cities while fighting with their enemies. Mono is exploring the world full of monsters, and dark secrets. The game is more focused on surviving in the  monstrous world and the characters within it. Throughout the game, Six will assist you in progressing the game.

Is Little Nightmares 2 a kids game?

Little Nightmares contains lots of haunting scenes, including an animated disembodied hand, a near-360-degree head turn, and more. Due to haunting gameplay, the original Little Nightmares game received a T for a Teen rating in North America. it means that the game is not considered safe for players under the age of thirteen.  Pan-European Game Information or PEGI gives the game a rating of PEGI 16, meaning the organization does not recommend the game to players under sixteen.

Although Little Nightmares 2 is not rated yet. However, looking at the gameplay, it is quite obvious that this spooky sequel will receive a similar rating to its predecessor.

Little Nightmares game contains a fair amount of mature content, which is not considered great for kids. This game is suitable for mid to late teens but definitely not appropriate for single-digit players. Players should take care that their little ones stay away from the game until they turn 13.

Read about all the main characters of Little Nightmares here

Little Nightmares 2 is a little scarier than its original part. A rubber-neck lady is ruling the horrible School of plastic doll children with open hollow heads. They swarm destructively over everything just like monkeys. Sometimes, you need to fight these little monsters and crack their heads open with the help of a pipe.  The game includes lots of disfigured creatures that look really terrible. There is huge darkness in the game.

The game is abandoned with a hospital where mannequin patients are strewn throughout the building on gurneys, in wheelchairs, or sometimes just thrown limblessly in the hallways. The haunted buildings within the city really raise the level of the game.

Compared to the previous game, Little Nightmares 2 is more terrifying. Little Nightmares 2 got successful in building a sense of dread and vulnerability. You don’t even fear what is happening in front of you, but the thought of what will happen next scares you a lot.

Does Little Nightmares have blood?

Little Nightmares is a Horror adventure game in which players play the role of Six, a cute little girl who must escape a nightmarish World called The Maw. The players need to sneak to avoid the corrupted souls.

There are lots of sequences in the game that include blood all around. When Six feels hungry, she attacks the creature out of hunger. This creature falls to the ground in a pool of blood. Further, you will experience many blood strains in the environment.

Whether Little Nightmares 3 Confirmed or Cancelled? Find out here

Why is Little Nightmares a horror game?

The Scary Environment, impeccable sound design, terrifying enemy encounters, and clever puzzles make this game horrible. One thing is quite obvious you can’t get much sleep after playing this game. The atmosphere of the game is built up by outstanding Sound design. Every moment of the game is packed with the creaking and groaning of old pipes and the noises of children’s toys.

In one of the scariest moments, Six gets separated from Mono and leaves you all alone.

See also  How To Recover Stamina In My Time At Sandrock

This game received PEGI 16 rating as it features realistic violence toward human-like characters. Mono is going to meet lots of fantasy characters in the environment of the Maw. Mono must defeat these characters by smashing their heads with blunt objects. The dead bodies, blood on the floor, and other graphic images must be frightening. So the game is ideal for Mid age teens.

That’s pretty much everything about whether Little Nightmares 2 is Safe For Kids. This game is definitely not for kids. Little Nightmares 2 is a great horror game that feels entirely unique in its scares. The scariest moment is when a monster isn’t chasing you yet, but you know it will be soon. The game really takes you through a turbulent rollercoaster of emotions which is much more thrilling.