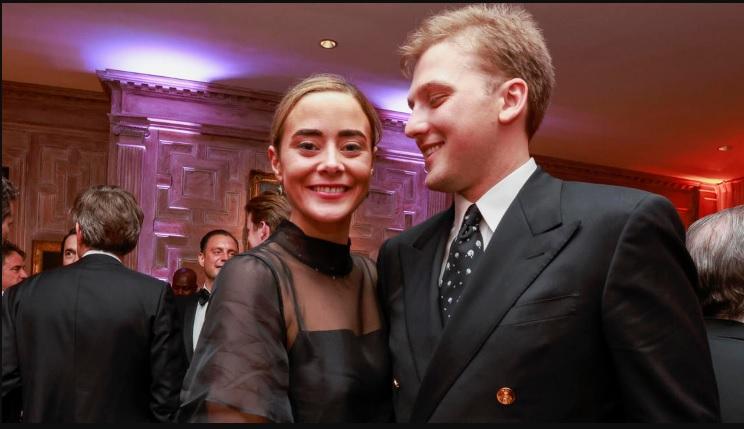 Naomi Biden, the granddaughter of the US president, will soon be going to marry Peter Neal. Peter Neal is a law graduate from the University of Pennsylvania. It will be the 19th Wedding in the White House- mainly of the President’s daughter.

According to the White House Historical Association, it is the first time the sitting president’s granddaughter walks down the aisle as a bride in the White House.

Naomi is the eldest daughter of Hunter Biden and Kathleen Buhle. She is very close to her grandfather, President Joe Biden, whom she calls “Pops.”

Naomi and Neal first met each other four years ago

Naomi and Neal met four years ago through a mutual friend in New York. According to the White House, they have been together ever since. Naomi is a lawyer, while Neal recently graduated from the University of Pennsylvania law school. Presently, the couple is living in Washington.

Out of 18, Nine weddings were that of the President’s daughter. The most recent is Richard Nixon’s daughter is 1971 and Lyndon B. Johnson’s daughter in 1967. At Nixon’s wedding, around 400 guests watched as then-president Nixon walked his daughter Tricia down the steps of the South Portico to a waiting Edward Cox. Her wedding cake was a six-tiered, 350-pound, 6-foot-tall lemon-flavored pound cake decorated with blown sugar love birds.

Naomi Biden, the granddaughter of President Biden, and Peter Neal are getting married on the South Lawn on Saturday in what will be the 19th wedding in White House history. https://t.co/bZoR5TVWaM

First Lady Jill Biden is really excited about the wedding

First lady Jill Biden is so excited about the weddings. She said she’s excited to see her granddaughter “planning her wedding, making her choices, becoming, you know, just coming into her own, and she’s just so beautiful,” according to AP.

In the year 2013, Barack Obama’s chief White House photographer, Pete Souza married Lease in a private ceremony in the Rose Garden after 17 years of being a couple.

“He kept pestering me about why we hadn’t gotten married,” Pete Souza had then said talking about Barack Obama. The White House released the recipe, but home bakers and food critics said it produced a “soupy mess”.

Anthony Rodham, a brother of then-first lady Hillary Clinton, and Nicole Boxer, a daughter of then-California Sen. Barbara Boxer, exchanged wedding vows in the Rose Garden during a Private Ceremony.

Lynda Johnson Robb and Marine Capt. Charles Robb marries in the White House in the year 1967. Lynda said she never thought about a White House wedding, but circumstances.

“We had to get married sooner than I would have liked because he was going to be going to Vietnam, and so we wanted to be married a little while and that was just three months before he left,” Lynda Johnson Robb said on a White House Historical Association podcast in 2018.

According to president Stewart McLaurin, president of the historical association, special occasions at the White House aren’t soon forgotten.

“If you were to have the privilege of celebrating a holiday there or a special occasion in your life, like a wedding, it is a very memorable occasion,” he said.

Until now, Five weddings were held in the East Room, four took place in the Blue Room and two unfolded in the Rose Garden, steps away from the Oval Office.

First Lady Jill Biden’s communications director Elizabeth Alexander confirmed that the wedding will be going to take place on November 19.

Thanks for reading!! Stay Connected with us for more latest updates