Microblogging Platform Twitter got its new leader. Elon Musk now owns it. He called himself “chief Twit.” After Twitter’s acquisition, Elon first fired up all the company’s top executives. Further, he has plans to change Twitter’s content moderation system and bands.

Out of fear, many high-profile Individuals, Celebrities and artists are ditching this Social Media Platform. They don’t want to wait to see what changes Mr. Musk implements. Even before he completed his $44 billion takeover last week, he said he was considering changes such as loosening free-speech rules and allowing banned users back on Twitter.

The reaction of Elon Musk to it

When Elon Musk found that celebrities were leaving the platform, he did not say a word. Rather, he tweeted a laughing emoji and a ghost emoji.

Shonda Rhimes( Creator of Grey’s Anatomy and Bridgerton) said goodbye to the platform with an ending note. creator, Shonda Rhimes, tweeted to her approximately 2 million Twitter followers on Saturday afternoon, two days after the acquisition that she is not hanging around for whatever Musk has planned ending her tweet with a “Bye.” She has not tweeted since, as per reports.

Not hanging around for whatever Elon has planned. Bye.

This 42-year wonderful singer wrote on Twitter that she would meet people on other platforms.

“Welp. It’s been fun Twitter. I’m out,” she wrote while adding: “Sorry, this one’s just not for me.”

Toni is shocked by the changes Elon Musk brings to the platform. She doesn’t find this platform a good place to express free speech. She posted:

“Hate speech under the veil of ‘free speech is unacceptable; therefore, I am choosing to stay off Twitter as it is no longer a safe space for myself, my sons, and other POC,” she added. 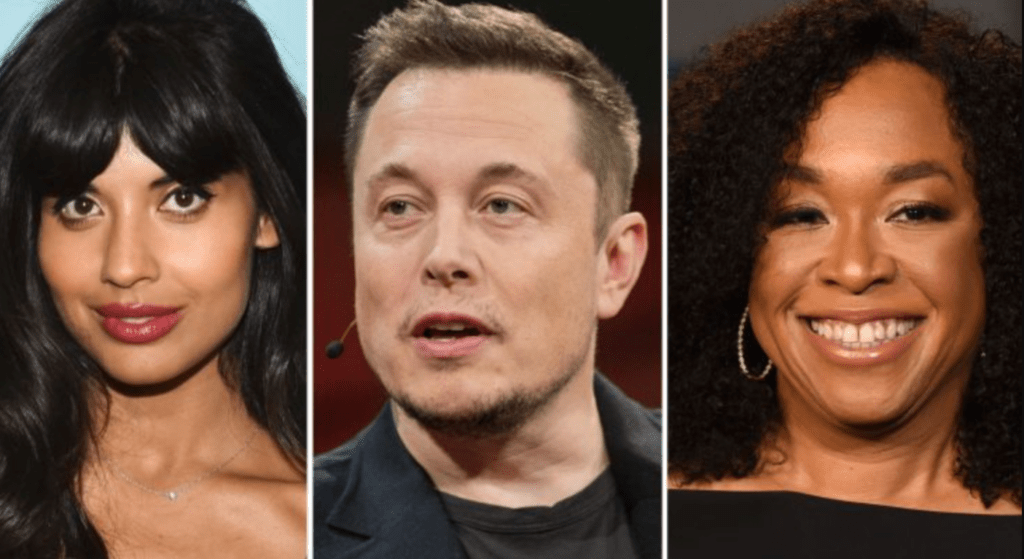 A 52-year-old Actress, Tea Loni better known for her work in the CBS show “Madam Secretary,” as well as other movies and TV shows, is also going to leave this platform.

“I’m coming off Twitter today—let’s see where we are when the dust settles.”Today the dust has revealed too much hate.”

The famous actor, director, and producer Ken Olin announced his departure on October 28. He is leaving the platform in need of protecting democracy, being kinder, saving the planet, and finding peace in the world.

In another tweet, he said he would be using Tribal Social, an alternative platform that promotes itself as free of hate speech and “fake news.”

Erik Larson, who wrote The Amazing Spider-Man series, promises to leave the platform if Elon Musk succeeds in his goal of buying the Company. After Twitter’s Acquisition by the billionaire, Larsen left the platform.

Besides this, many other names on the list said goodbye to the platform.