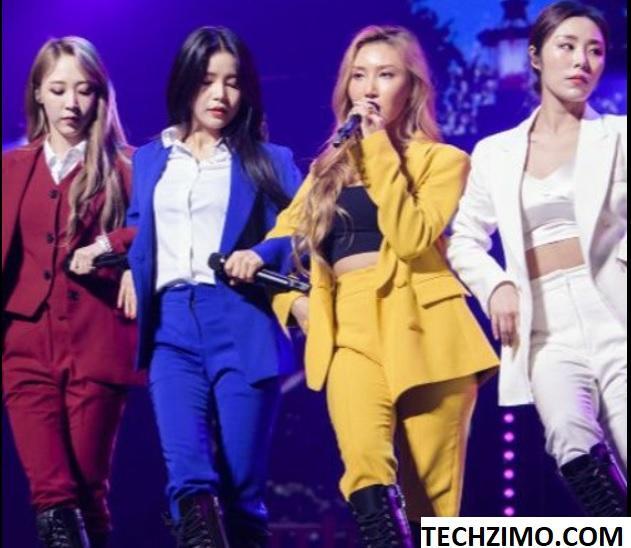 International fans paid $35 on kavecon to watch the concert. The concert started on time, but the screen is black the entire time. Many fans who purchased tickets for the online concert posted complaints on social media that the footage lagged or that the website was not accessible at all.

Earlier, the concert was supposed to take place offline but was eventually postponed due to the rising number of COVID-19 cases in South Korea, especially in the entertainment industry. Mamamoo’s first online concert ‘WAW'” is set to be rebroadcast after it received multiple complaints that it had an unstable connection for many viewers.

Fans are not happy with the broadcast.

Many fans on social media are demanding a full refund for the price of the concert ticket. “I want my money back. Kavekon ruined the whole experience for us,” read one tweet. A Dutch fan informed that similar problems occurred in the Netherlands, Mexico, the United States, Russia, India, Australia, Indonesia, Italy, and more, although Kavecon did not specify which regions the problem occurred in.

“We offer our sincere apologies to global Mamamoo fans who waited for the online concert. Customers in certain regions experienced network and live stream issues. We feel a heavy responsibility regarding our broadcast and decided to rebroadcast the concert three times on Aug. 29 at 11 a.m., 3 p.m., and 7 p.m.”

Mamamoo is doing this concert for their fans, and if their fans don’t show up, their hard work will be lost and the fans will miss out on the fun! Mamamoo will be the ones most harmed by the boycott. Boycotting the online concert won’t solve anything.

MAMAMOO shows their fierce and fabulous energy in the teaser. The music starts intensifying, and the video then switches it up. It shows everyone dancing together. Their fabulous, strong energy is as strong as ever here!

Are you going to watch the ‘WAW’ concert? Please let us know!

How to get the Free Guy emote in Fortnite Season 7?

Genshin Impact 2.1 update: Release Date, Characters, and Everything We Know So Far

Related Topics:Fans are not happy with the broadcastKavecon to rerun online Mamamoo concert