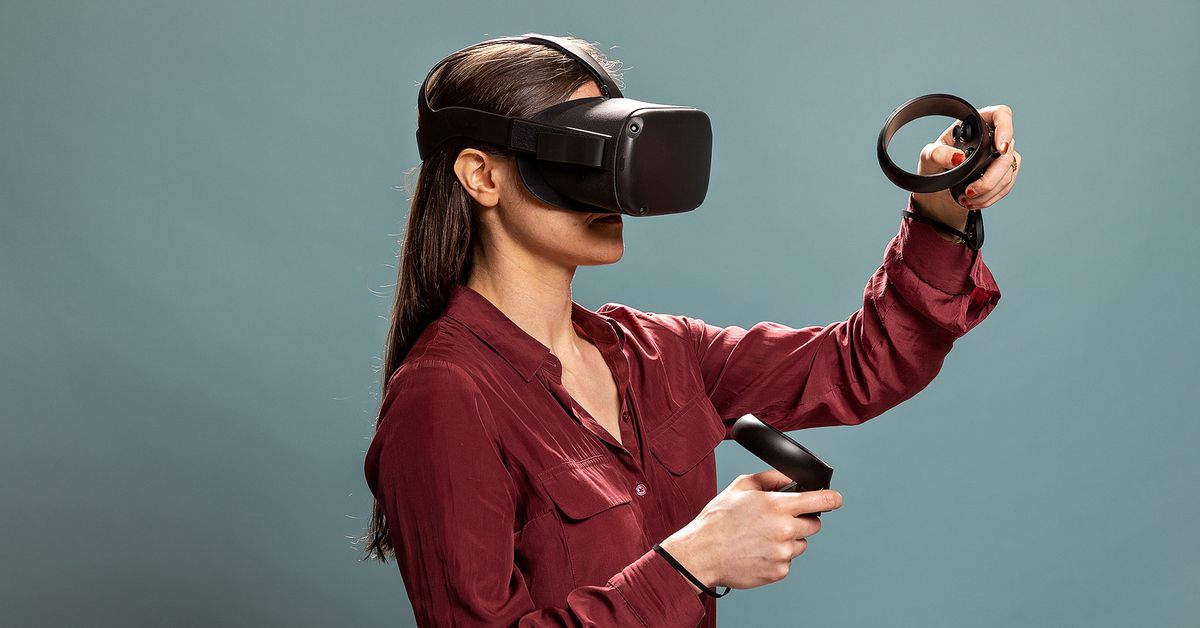 One year ago today, Facebook released the Oculus Quest, its first headset to deliver a credible standalone VR experience — true head tracking, good motion controllers, and so on. It also marked a split in the Oculus ecosystem: the Quest had its own store, curated with games that had been tailored specifically for the headset’s low-powered mobile hardware.

At the time, that made it somewhat of a limited product. “As an Oculus Rift owner, I’m deeply tempted by the Quest,” Adi Robertson wrote in our review. “I’d love having a self-contained headset with all of the Rift’s core features and none of its wires. I just wish I didn’t have to pick between a design I love and the games I want to play.”

A year into the Quest’s life cycle, that’s no longer a compromise you have to make. Some of its limitations remain, of course, but Facebook has done a remarkable job of expanding the $399 Quest’s capabilities. Upon release, the Oculus lineup was simple to explain: buy a Rift S if you want to play PC VR games, buy a Quest if you want standalone convenience. Now, though, the Quest does almost everything the Rift S does — and more. The only problem is that it’s near-impossible to find one.

The Oculus Quest is still, first and foremost, a standalone VR system that works more or less like a game console. It boots up quickly, and other than pairing it with a smartphone app upon initial setup, everything you do with the headset happens within the VR interface. The original UI was organized in a confusing way, but a recent update has made the Quest much easier to navigate. The Quest is far easier to set up than any other VR system, and it’s a lot more convenient to use than anything involving wires.

As a standalone system, the Quest’s biggest limitation at launch was its store, which carried only a fraction of the titles available for the Oculus Rift on PC. Part of that was and is to do with the Quest’s low power. Its Snapdragon 835 smartphone processor was a couple of generations out of date even when the headset launched, so ambitious Rift titles like Lone Echo would always have been a stretch. The library was further restricted by Oculus adopting a stricter curation policy for the Quest store, which made it more difficult for indie developers to get their games published.

That’s still the case today, but the Quest store is in a much better state than it was a year ago. Major VR titles like Tetris Effect and Arizona Sunshine have since come to the store, while recent hits like Pistol Whip and The Room VR have launched day-and-date on the Quest with cross-buy support for the Rift included. Just as a quick point of reference, 11 out of 13 games in our holiday recommendations are now available in the Quest store, and the two that aren’t are a PlayStation VR demo and an optional Nintendo Labo mode.

As you’d expect, there are major compromises involved in bringing some of the more advanced PC VR titles to the Quest, given that it’s essentially running the same hardware as a Galaxy S8 from 2017. Some games, like Epic’s Robo Recall, look particularly rough. But others make the transition seamlessly. VR games need to be run at high frame rates, so many of the most popular titles use fairly simple graphics even on PC, which means the likes of Beat Saber, Space Pirate Trainer, and Superhot look great on the Quest’s sharp, punchy OLED screens.

The graphical trade-offs are real, but they don’t matter as much as they used to. Late last year, a new feature called Oculus Link let you use the Quest as a PC VR headset over USB 3.0 cables. This month, Oculus expanded the feature to support USB 2.0 cables, too, including the USB-C charging cable that comes with the Quest. If you already had a Quest, you basically got a PC VR headset for free. If you didn’t, your options are now headsets that only work with PCs or one that works with PCs and is also a great standalone platform in its own right.

As a PC headset, the Quest isn’t quite as smooth to use as a Rift. Once you plug the USB-C cable in, you need to confirm that you want to switch to Oculus Link mode from within the Quest headset, which is an extra put-on-take-off step if you were planning on launching your game from the Oculus Windows app. Steam VR can also complicate matters further, though no more so than with other Oculus headsets in my experience.

Generally, Oculus Link works great, at least with the no-brand $9 3-meter USB 3.0 cable I ordered off Amazon to use it with. The video feed is compressed to fit into USB bandwidth, but it’s only very slightly noticeable in dark scenes — of which something like Half-Life: Alyx has more than a few — and it’s generally imperceptible otherwise. As someone who owned an original Rift and Vive, I don’t see it as much of a downgrade considering how much more convenient the setup is.

And if you have the right environment and are willing to tinker a little, you can go even further with a fully wireless solution. Virtual Desktop is a $20 VR app that’s been around forever, letting you access your Windows desktop through various VR headsets. But its Quest support is a game-changer. You need to enable developer mode and install an app called SideQuest first, and it’s also recommended that you have a PC hooked up to Ethernet on a 5GHz wireless network, but all of this lets you launch and play PC VR games from within the Quest — no cables required.

I can’t speak to anyone else’s home internet setups, but for me at least, this has been a revelation. The image quality isn’t noticeably worse than playing PC games over the Oculus Link, and I’ve generally had a smooth connection throughout. It is, however, noticeably less performant when your home network is stressed. I’ve occasionally had to pause Xbox downloads just to get Virtual Desktop to detect my PC in the first place.

Still, I think back to three or four years ago when this generation of VR headsets was starting to appear on the market. I don’t think I would have expected a $400 system with fully tracked motion controllers that could wirelessly play a new Half-Life game by now. Right now, the only solution that fits that bill is the Oculus Quest, even if you ignore its merits as a standalone system.

That’s not to say there isn’t room for improvement. Compared to the PC-only Rift S, which uses a PSVR-style strap that balances the weight across the head, the Quest is kind of front-heavy. I’d compare it to the original Vive in terms of comfort, which is to say it’s usable but not ideal over long periods. I would hope this is something that could be fixed through a combination of more power-efficient hardware and lighter batteries.

It’s also clear that the Quest wasn’t designed with PC VR features in mind. The awkward angle that the USB-C cable sticks out at and the need to confirm the Link connection inside the headset itself are obvious things that could be fixed in future hardware — though the latter seems like a software update away, and I fixed the former with a $10 L-shaped adapter from Amazon. Still, I think it’s obvious where Oculus could take this idea. What if wireless streaming were a built-in feature of the headset and not an admittedly simple hack?

These extra Quest features, though, are enough to make it the obvious buy right now for most people. The Valve Index is a more premium experience, sure, but it’s a lot more expensive, and you’ll need to accommodate its external trackers. The Rift S is a more comfortable option but not necessarily a higher-quality one — its LCD display trades contrast for slightly higher resolution and refresh rate. And, of course, neither of those options works as a perfectly good standalone wireless VR headset.

If you really only care about PC VR and don’t want the Quest’s standalone functionality, the Rift S might be a more sensible buy. My guess, though, is that there aren’t many people who that would apply to. At this point, the Quest works so well by itself that it’s a great system in its own right, and it’s also a credible PC headset into the bargain. I don’t feel like it’s a downgrade from my Vive at all — quite the opposite.

Right now, Oculus has three headsets: the Quest, the Go, and the Rift S. The Go is essentially obsolete and discontinued. The Rift S has its place, but much of what it can do is covered by the Quest. All indications are that Facebook is focusing its attention toward standalone VR, and it seems clear to me that the best way forward would be for Facebook to concentrate on a single headset that streamlines the Quest’s functionality.

Until then, the current Quest is the closest thing that exists to a sleek, almost mainstream VR headset. I can’t remember the last tech product that expanded its functionality so dramatically in its first year on sale. If you’re looking for a VR system right now, and you can actually find one in stock, my guess is that your best bet is the Oculus Quest.